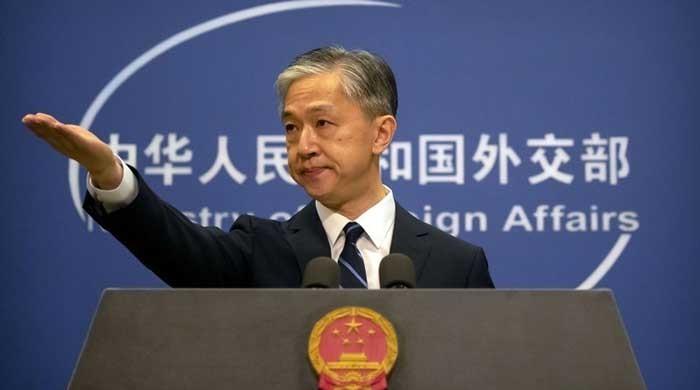 BEIJING: China on Wednesday reiterated its principled stance over the Kashmir issue and stressed that any unilateral change in the status quo in the Indian occupied Kashmir (IoK) was illegal and invalid.

He said, any unilateral change to the status quo was illegal and invalid and emphasised that the issue should be resolved peacefully through dialogue and consultation between the parties concerned.

On the continuing massive atrocities on innocent Kashmiris at the hands of Indian troops, the spokesperson said, “China follows closely the situation in the Kashmir region.”

Wang remarked that Pakistan and India were neighbours that could not change. He added that peaceful coexistence was in the fundamental interest of both and the common aspiration of the international community.

“The Chinese side hopes that the two nations could properly handle differences through dialogue, improves relations and jointly safeguard peace, stability and development of both countries and the wider region,” he added.

To a query about the issuance of a new map by Pakistan showing a part of Kashmir as disputed territory, the spokesperson said he had already stated China’s position on the Kashmir issue and he would not repeat it.