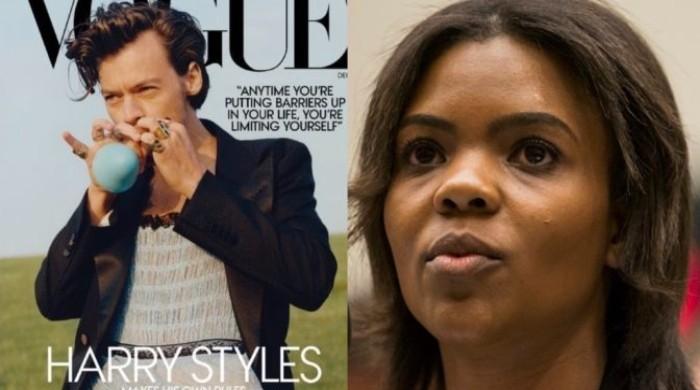 Candace Owens is not backing down from attacking Harry Styles and questioning his masculinity after he featured on Vogue’s cover wearing a dress.

Responding to Styles’s clapback on her distasteful remark which came on Wednesday in an interview with Variety, Owens took to Twitter to slam him once again.

“When people try to tell me I don’t have influence, and then @Harry_Styles dedicates an entire post to my tweet,” she wrote. “I inspire global conversation. #BringBackManlyMen Shots fired.”

On her Instagram Stories, the political pundit said in a clip, “He looks stupid, but he doesn’t look feminine. He kind of just looks like he’s in a different century and I think it looks good.”

Owens added, “He’s giving me Henry VIII meets Michael Jackson ‘You Are Not Alone’ vibes. I’m digging it. I would wear it, Harry. I love you.”

During a recent chat with Variety, Styles said he is happy to see inclusivity for all genders in fashion.

He said it’s “exciting” that “lines are becoming more and more blurred” in fashion and even captioned his photo with Owens phrase, “Bring back manly men.”