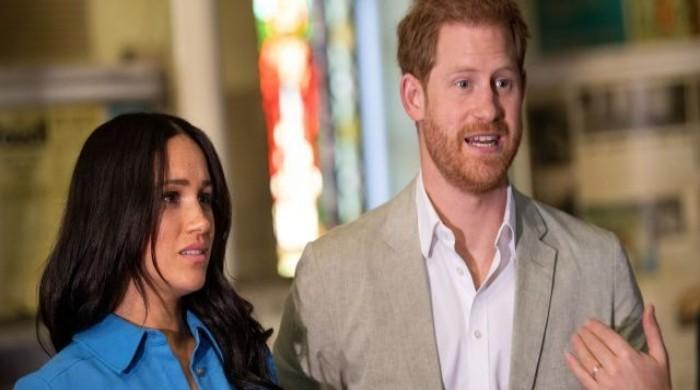 Meghan Markle and Prince Harry informed the royal family about loss of their second child prior to breaking the news to the public.

The devastating news made the royal family feel immense ‘sadness’ for the gut-wrenching loss of the Duke and Duchess of Sussex.

According to an insider, “[Prince] Charles has been supporting Harry and Meghan during their time of grie. There is a great sadness around the royal family for Harry and Meghan.”

Buckingham Palace told Us Weekly that the couple’s pregnancy loss is “a deeply personal matter.”

On Wednesday, Meghan penned an opinion article for the New York Times wherein she opened up about the pain of going through a miscarriage in July.

“After changing [my son Archie’s] diaper, I felt a sharp cramp,” the Duchess wrote. “I dropped to the floor with him in my arms, humming a lullaby to keep us both calm, the cheerful tune a stark contrast to my sense that something was not right. I knew, as I clutched my firstborn child, that I was losing my second.”

She added that she ended up in the hospital with Harry by her side.

“I felt the clamminess of his palm and kissed his knuckles, wet from both our tears. Staring at the cold white walls, my eyes glazed over. I tried to imagine how we’d heal. … Watching my husband’s heart break as he tried to hold the shattered pieces of mine, I realized that the only way to begin to heal is to first ask, ‘Are you OK?’” Meghan continued.