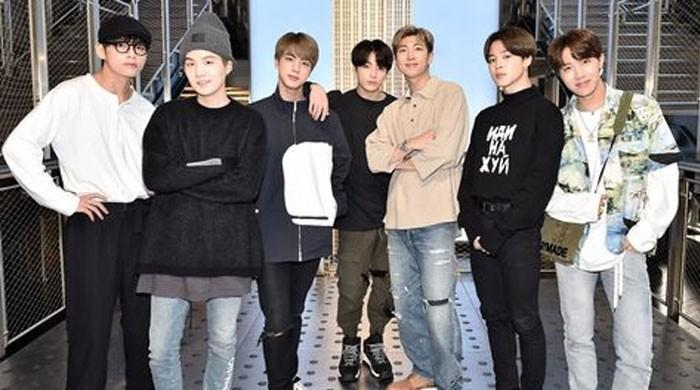 BTS left fans in fits of laughter after they revealed their initial reaction towards finding out about their Grammy nomination and even gave insights into that iconic reaction video during an appearance on The Late Late Show with James Corden.

The boys explained, both the reason behind RM, Jimin, and Jungkook frenzied chant as well as V’s decision not to budge from his spot on the couch.

V was the first to speak, he made it clear that his lack of outward reaction was motivated by his shock, “My nostrils were saying what I was feeling. The reactions were different for each member. In my case, I just couldn’t believe it.” Even RM come to his defense, saying, “He was like, frozen because he couldn’t believe it.”

Later on into the interview when Corden asked about J-Hope’s absence, Jungkook jumped in to explain, “He must be sad that he’s missing this moment here right now”. V even added onto it, claiming, “He’s the type that really gets hyped up.”

Before the boys signed off however, RM used the opportunity to send out a thankful message to his fans, saying, “We’re truly honored and we know it’s a huge step and a milestone, not only for us but for the music industry. It makes us even happier to know how proud our fans must be right now, and it feels like our hard work has finally kind of paid off.”

To Birthday Girl Namrata Shirodkar, With Love From Mahesh Babu