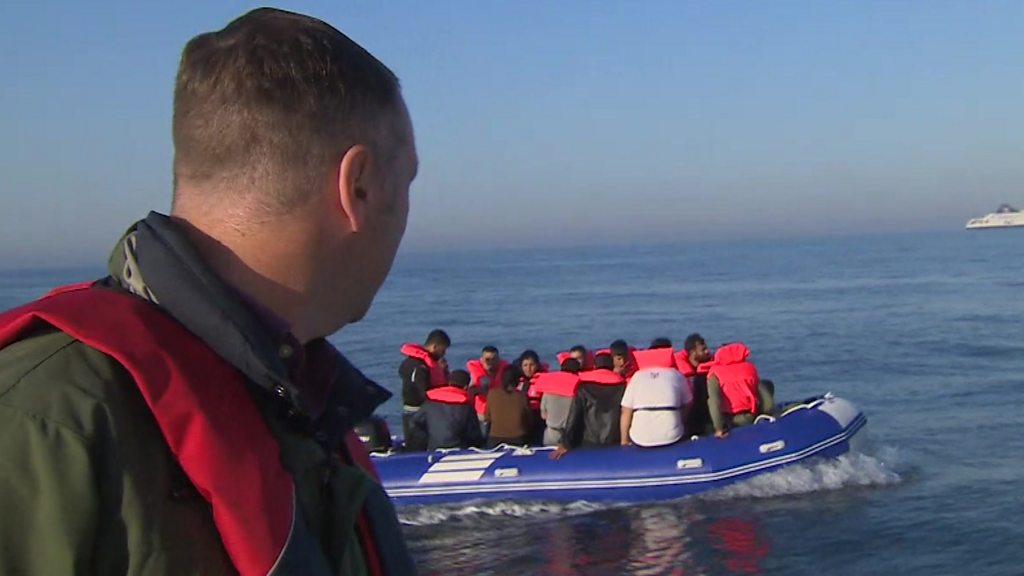 Britain will press French authorities to crack down on migrants attempting to cross the Channel in small boats, ministers have pledged.

A record number of unaccompanied children arrived in the UK on Friday.

Schools Minister Nick Gibb said the government was also considering how to use “maritime assets” in order to prevent crossings.

And, writing in the Daily Telegraph, Immigration Minister Chris Philp said migrants should be fingerprinted.

He said migrants would know “they face real consequences if they try to cross again”, and added he will “negotiate hard” with French officials about how to deal with the crossings.

Asked about suggestions that the Royal Navy could be used to patrol the English Channel for migrant boats, Mr Gibb told BBC Breakfast the government would look at how it could “use maritime assets”.

MPs have launched an inquiry into the rising numbers entering the UK.

More than 1,000 migrants arrived on UK shores using small boats in July, while 235 were detained this Thursday – the record for a single day.

Home Secretary Priti Patel said the number of crossings was “unacceptably high”, adding that “genuine refugees” would be able to claim asylum in other “safe” EU countries.

“I know that when the British people say they want to take back control of our borders – this is exactly what they mean,” she said in a tweet on Friday.

Labour has accused ministers of “failing to get to grips with the crisis”.

Meanwhile, French police have told the BBC that they are catching more migrants attempting to cross to the UK by sea than ever before.

Officers said they have intercepted 10 times the number of migrants from boats in French waters in July this year, compared to the same period last year.