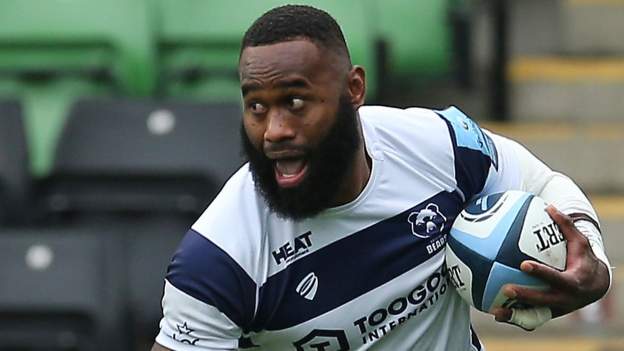 Bristol ensured a Premiership play-off place thanks to a bonus-point win over London Irish and Bath’s failure to beat Saracens in the final round of matches.

Bristol dominated but needed either Bath or Wasps to slip up to avoid relying on a Sale mishap in their final game, which has been postponed because of 16 positive Covid-19 tests.

With Bristol already assured of a convincing win going into the final stages and Wasps closing in on victory over a weakened Exeter side who were already guaranteed top spot, the attention switched to Bath’s trip to Saracens.

Sarries had fought back after trailing 14-0 and salvaged a 17-17 draw late on, a result that means it is now Bath and not Bristol who need Sale to slip up in their delayed fixture against Worcester on Wednesday.

Bears did their part, establishing a telling lead 17-0 against a resolute home defence in a cagey first period, Radradra crossing in the left corner after great work by Piers O’Connor and Earl touching down after a driving maul.

A fine Hassell-Collins solo score brought hope for the Exiles, but Bears upped the tempo and urgency for an emphatic bonus-point win and a place in next weekend’s Premiership semi-finals.

The introduction of Callum Sheedy and Kyle Sinckler played a big part in the improvement, with Harry Thacker finishing off a driving line-out.

But the fourth Bristol score came from a penalty try for collapsing another drive and Will Capon added the fifth on 80 minutes.