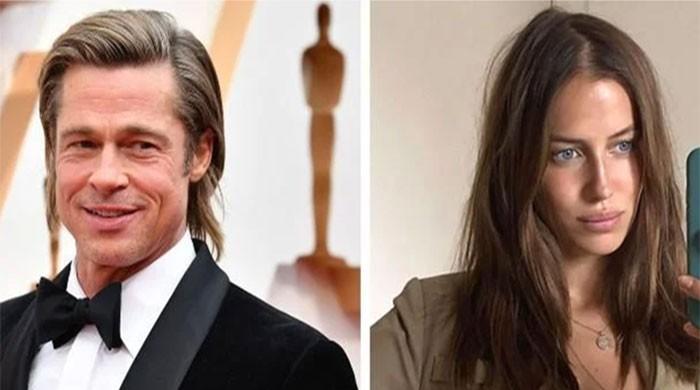 Nicole Poturalski, the new bombshell ladylove of US actor and filmmaker Brad Pitt has shared an encouraging message for her beau ahead of his next court appearance in divorce case against his ex Angelina Jolie.

Taking to Instagram, the 27-year-old German model wrote, “The best thing about your life is that it is in a constant state of design. This means you have at all times, the power to resign it.”

She went on to say, “Make moves, allow shifts, smile more, do more, do less, say no, say yes. Just remember when it comes to your life, you are not just the artist but the masterpiece as well.”

The Once Upon A Time In Hollywood star and Nicole were first spotted together in November last year during a performance of Kanye West’s opera Nebuchadnezzar at the Hollywood Bowl.

Recently, the lovebirds enjoyed a romantic trip to his Chateau Miraval in France.

Meanwhile, Brad and his former wife Angeline Jolie have been embroiled in a legal batter since their divorce in 2016 as they have yet to settle on a custody arrangement for their kids on a permanent basis.