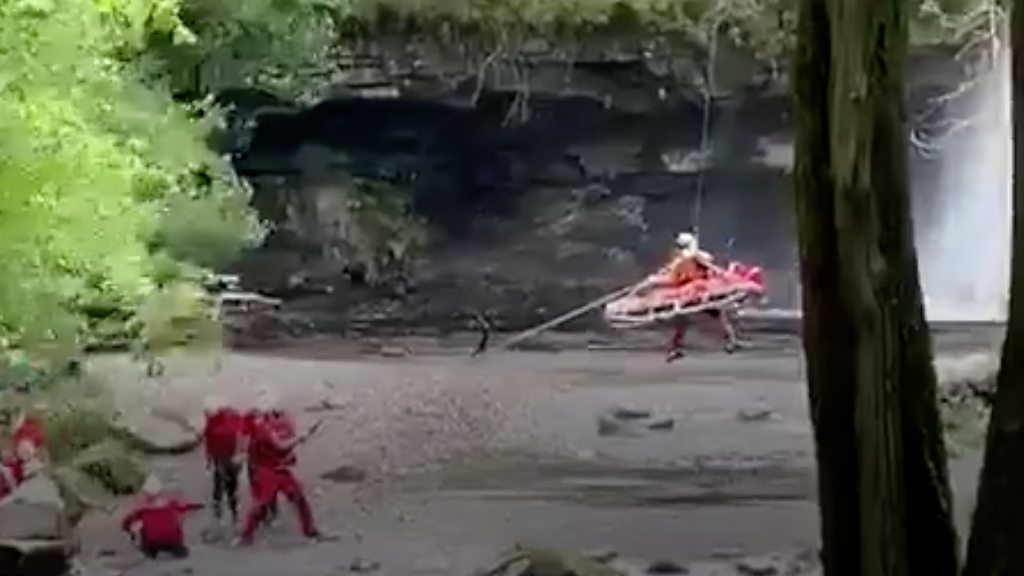 A 13-year-old boy was airlifted to hospital after jumping 20m from a waterfall and hitting the river bed.

Western Beacons Mountain Rescue Team said it was called to the “tombstoning” incident at Sgwd Gwladys waterfall, near Pontneddfechan in Powys, just after 15:30 BST on Friday.

He was placed in a vacuum mattress to immobilise his spine and winched from the area by coastguard helicopter.

The team said it sent four vehicles and 15 team members after receiving a call from the police.

Team leader Neil Butcher said the winch out had been difficult due to the location, low wind condition and several dead trees causing a hazard to rescuers on the ground.

Tombstoning is the act of jumping into water from a high platform, such as a cliff, bridge or harbour edge in a straight, upright vertical posture, resembling a tombstone.

Who was the real ‘Prince Monolulu’?