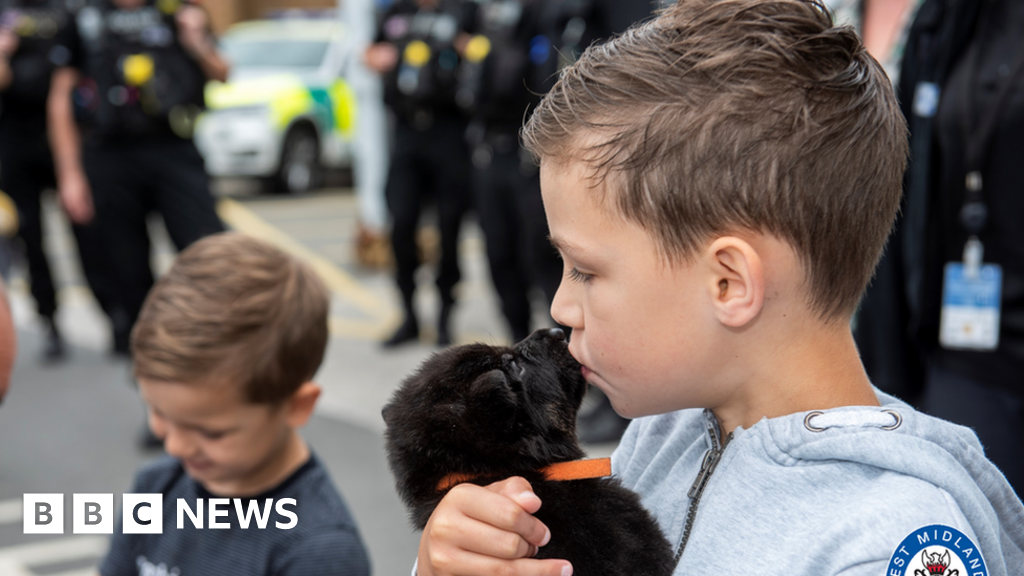 An eight-year-old boy who is losing his sight due to a rare disease ticked off a bucket list “dream day” by cuddling police puppies and playing officer.

The youngster, who has life-limiting Batten disease, went behind the wheel of a police car, played in cell blocks and held the newest canine recruits.

He and his younger brother Charlie were also given warrant cards as a memento.

Oscar was diagnosed with the degenerative condition in February and compiled a list of 30 “dream days”.

His aunt, PC Laura Colclough, arranged the visit after telling the force about her police-mad nephew.

She said: “Oscar and Charlie are both obsessed with the police – probably from having an auntie that catches robbers – so being a police officer was one of the first entries on his bucket list.

“Oscar has lost almost all his sight now but there are lots of sounds in a police station to keep him entertained.

“He’s had a fantastic day and it’s heart-warming to see the smile on his face.”

A GoFundMe page set up to help Oscar’s family pay for specialist care and to fulfil his wishlist has raised almost £30,000.

It includes going on the set of his favourite TV show, Tipping Point, and meeting Harry Kane, both of which have been pledged, as well as flying in a helicopter, meeting Father Christmas in Lapland and going up the Eiffel Tower.

PC Colclough added: “We are truly overwhelmed with the offers of support, many from people who don’t know us, and I cannot thank people enough for getting behind us to give Oscar some time to remember.”

Who was the real ‘Prince Monolulu’?