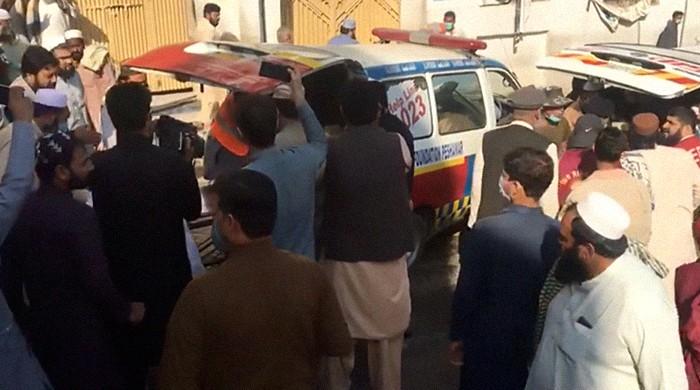 PESHAWAR: An explosion at a seminary in the provincial capital’s Dir Colony claimed the lives of at least seven people, with more than 70 others wounded, Geo News reported quoting Khyber Pakhtunkhwa police chief Sanaullah Abbasi and hospital officials.

Children and instructors are among the victims as the blast took place when the classes were underway at the religious school.

The police and rescue teams reached the crime scene and launched the rescue operation. According to Rescue 1122, the injured have been shifted to Lady Reading Hospital (LRH) where the condition of several of them is stated to be critical.

A LRH official said that the hospital received seven bodies and 70 injured after the incident. At least five victims are critically injured.

KP police says initial investigation reveals it to be a time-bomb planted inside a bag.

Condemning the incident, KP Minister Shaukat Yousufzai said Chief Minister Mahmood Khan had summoned a meeting to discuss the security situation. He revealed that Quetta and Peshawar were on threat alert following which security had been heightened.

Yousufzai said the seminary staff and children were soft targets. “Terrorists always aim for soft targets. This area has been peaceful for a long time,” he said.