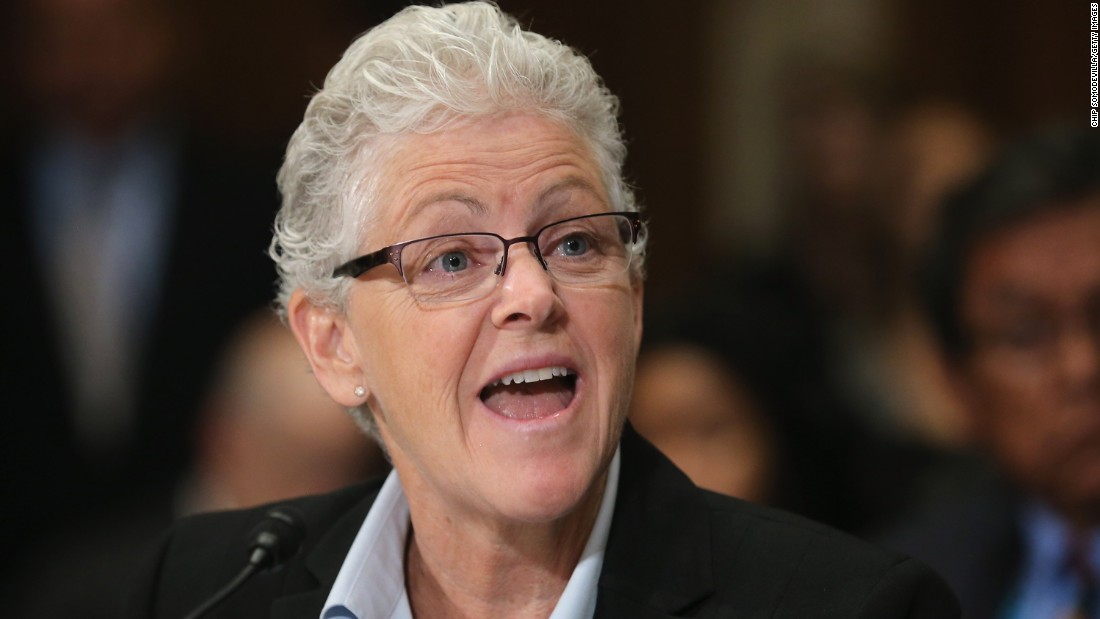 McCarthy, who currently serves as the head of the Natural Resources Defense Council, will lead Biden’s newly formed Office of Domestic Climate Policy, a source said. McCarthy served as the administrator of the EPA from 2013 to 2017 under President Barack Obama.

The source added that Ali Zaidi, currently New York’s deputy secretary of energy and environment, will serve as White House deputy climate coordinator. Zaidi served in different climate-focused roles in the Office of Management and Budget and on the White House Domestic Policy Council during the Obama administration.

The move is the latest example of Biden’s prioritization of the climate crisis. McCarthy joins former Secretary of State John Kerry, who the President-elect named his special presidential envoy for climate, as top Biden officials tasked with addressing the issue. Kerry will be a Cabinet-level official in Biden’s administration and will sit on the National Security Council. Kerry is expected to focus on the foreign policy and international aspects of the climate crisis, while McCarthy will focus on domestic issues.

It is also another symbolic rebuke of President Donald Trump and his policies. Months after being sworn in, Trump announced the US would leave the Paris Climate Agreement and then revoked a key regulation that underpinned America’s pledge in the landmark 2015 international agreement. That regulation — the Clean Power Plan — was written by McCarthy when she served as EPA administrator, along with others in the Obama administration. It established the first-ever federal regulations to limit carbon dioxide from power plants.

Trump has repeatedly denied the scientific reality of the climate crisis and throughout his four years in office his administration has systematically rolled back environmental policies.

CNN previously reported that Biden was expected to have a White House climate director working on domestic issues who would be on equal footing with Kerry, according to a source familiar with the matter.

Kerry and McCarthy both sat on the Biden-Sanders unity task force focused on climate.

McCarthy was originally appointed by Obama in 2009 as assistant administrator for the EPA’s Office of Air and Radiation. Prior to serving in the Obama administration, McCarthy was the commissioner of the Connecticut Department of Environmental Protection. She has a career that spans decades across state and local levels working on environmental issues.

Since January, McCarthy has served as the president and chief executive officer of the NRDC, a non-profit international environmental advocacy group. In that role, McCarthy has led more than 700 attorneys, scientists, policy experts and advocates, according to the organization.

Biden has proposed an ambitious plan to spend $2 trillion over four years on clean energy projects and to end carbon emissions from power plants by 2035. But the President-elect’s legislative agenda on climate will largely depend on whether Democrats gain control of the US Senate, which will be decided in two runoff elections in Georgia on January 5. Regardless of which party controls the Senate, Biden has pledged on day one to sign a series of climate executive orders, which will not require congressional approval. Biden has also pledged to rejoin the Paris climate agreement on his first day in office.

This story has been updated with additional information about McCarthy and Biden’s climate plan.