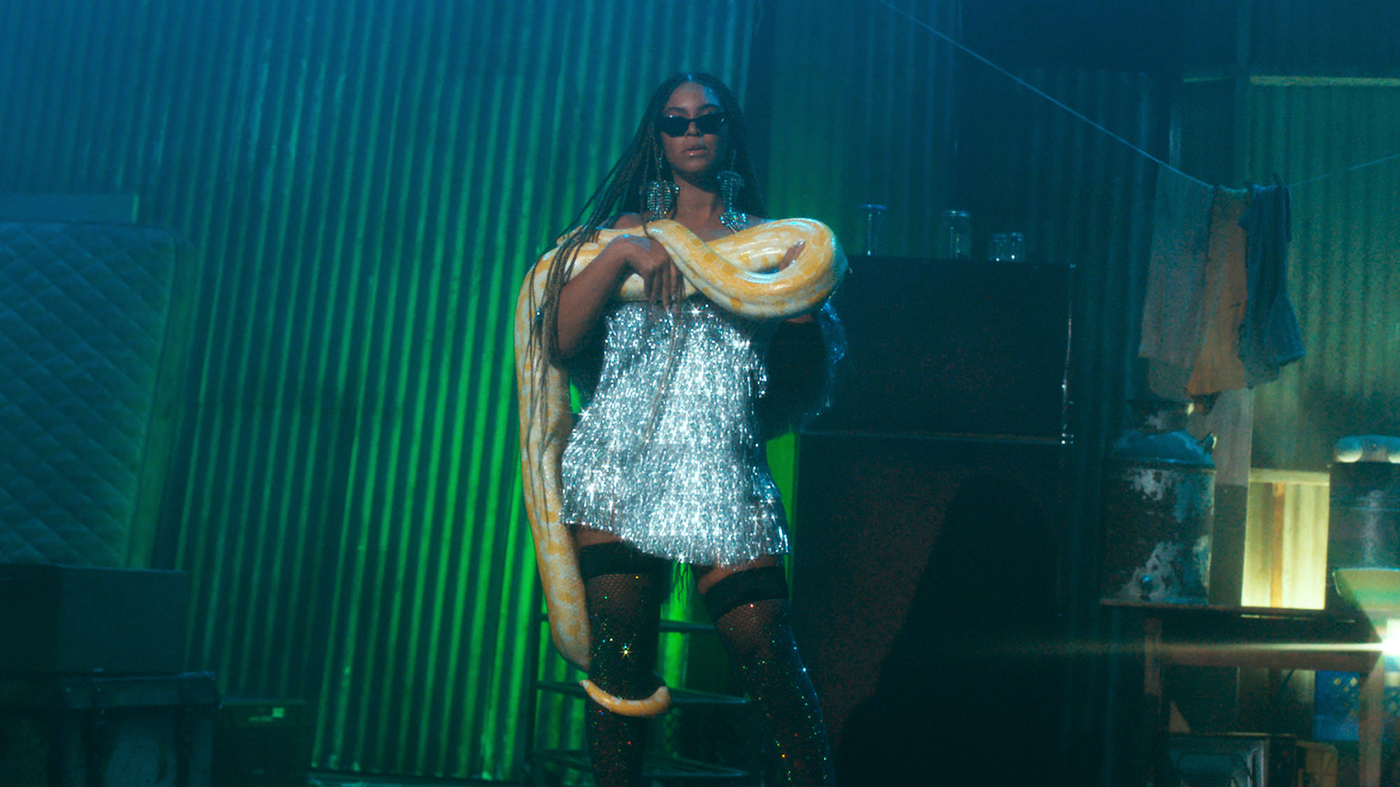 Beyoncé in a scene from her visual album “Black is King,” which premiered on Disney+. 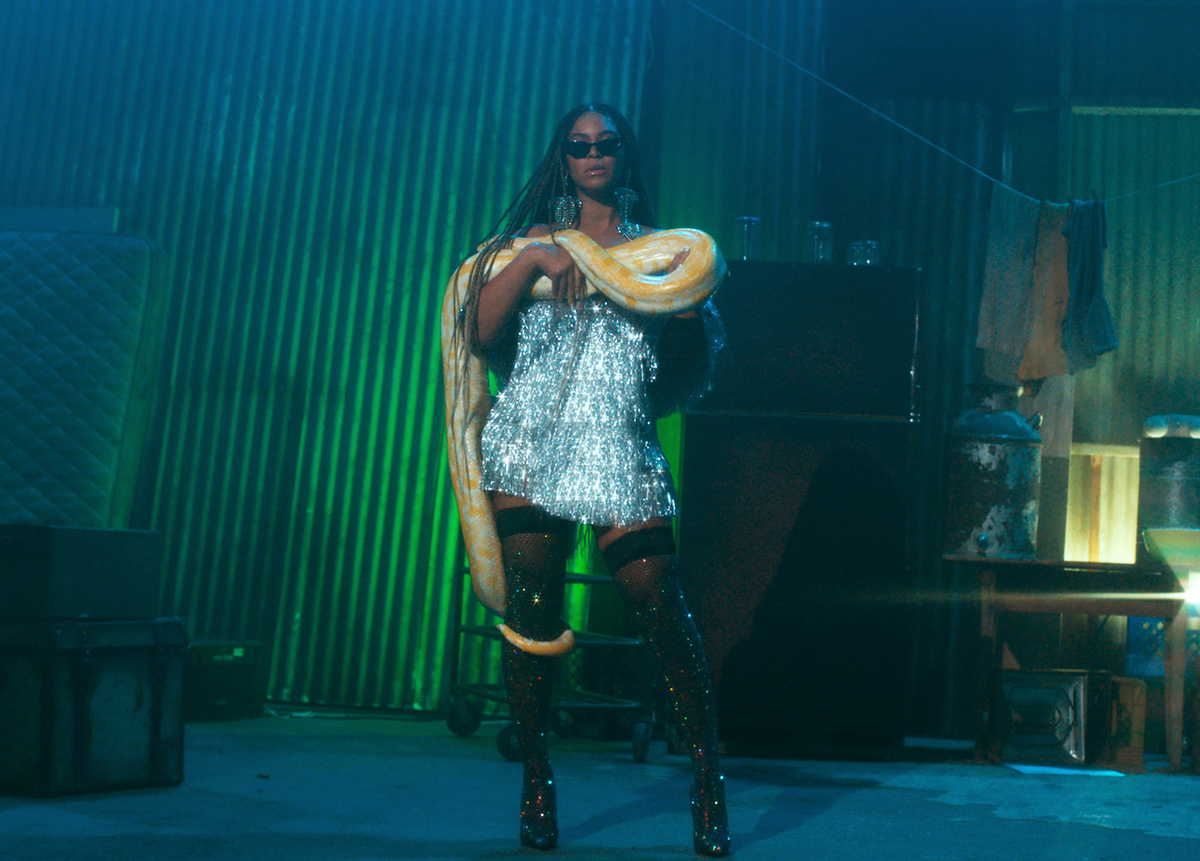 Beyoncé in a scene from her visual album “Black is King,” which premiered on Disney+.

There are two kinds of reactions to Beyoncé’s new Black Is King video: lavish praise – and deep criticism. The praise comes from her many fans and from many reviewers. The criticism often comes from Africans.

In a world full of racism, a world where being Black makes many doubt their capabilities, Beyoncé Knowles’ Black Is King – a visual companion to the 2019 album The Lion King: The Gift — is a breath of fresh air. In it she shows that Black is beautiful. Black is glorious. The 85-minute film, written, directed and produced by Beyoncé, was released on July 31 on Disney+.

Black Is King is inspired by the 2019 remake of The Lion King. It tells viewers the story of a young African king who is cast out into the world as a baby — and grows up to return home to reclaim his throne. Along the way, he meets figures who connect him to his history, his family and identity – with ample music and dancing. Beyoncé, who plays a mother figure and narrator throughout the film, encourages Black people to see the leader within and not be defined by negative narratives of Africa. Among her proclamations:

“Let Black be synonymous with glory”

“Be bigger than the picture they framed for us to see”

Many Africans – including ourselves — loved the film. On Twitter, Adeyinka Shittu, a Nigerian researcher, said he thought Black Is King was a masterpiece. “Excellent art direction, use of original costumes by Africans in an Afrocentric production,” he tweeted. “Let’s not leave out how it makes such a powerful reclamation of Black heritage.”

From an artistic point, it is a masterpiece! Excellent art direction, use of original costumes by Africans in an afrocentric production.

Let’s not leave out how it makes such a powerful reclamation of black heritage. ‘Gotta protect my power’!

We loved that Black Is King celebrates African locales, styles and music. Shot in locations such as Nigeria, Ghana and South Africa, the film showcases the continent’s natural beauty – its seas, forests, deserts, rivers, waterfalls – and important landmarks like Nigeria’s National Arts Theatre in Lagos. It also features African musicians — such as the Nigerian artists Wizkid, Yemi Alade, Tiwa Savage — and African dance routines. It is pleasant watching Beyoncé and others dance Zanku, a rhythmic street dance from Nigeria.

But we – and others on social media — have some criticisms of the film.

As much as Beyoncé’s film celebrates Blackness in totality, we could not help but notice that Black Is King isn’t quite pan-African. While the cultures of Nigeria and South Africa were heavily featured, Kenya, Esther’s home country, and East Africa as a region, were not represented. That is ironic because the original Lion King was set in East Africa. As such, it would have been great to see Beyoncé include more East African cultures as well. However, we acknowledge that it would be hard to fit all the beauty and diversity of the continent in one film – there are 54 countries in Africa, after all.

On Twitter, a user who goes by Radiocranberry adds another point of contention: Many of the characters in the video are dressed up in animal print, perpetuating stereotypical representations of Africans. She tweeted: “I’m tired of seeing animal skin costumes … This is not how we dress for goodness sake … climbing in trees, etc. I think this is how the Western world likes to imagine Africa. So it’s for their consumption, not ours.”

I think it’s crap. I’m tired of seeing animal skin costumes portray of Africa. That’s all I saw there. This is not how we dress for goodness sake… climbing in trees etc. I think this is how the Western world likes to imagine Africa. So it’s for their consumption, not ours.

“There is so much more to Africa than lions … and painting our faces white,” said Nigerian college student Grace Bassey in an interview with The Washington Post, referring to the animal skins and characters with painted faces in the trailer.

Actually, we don’t mind the animal prints so much. As a Kenyan professor living in the U.S. and a Nigerian doctor living in Nigeria, we believe that ultimately Black Is King is a timely celebration of Blackness. Considering the current global push of the Black Lives Matter movement and the increased international advocacy against racism, the time has come for a film like this.

With this project, Beyoncé has put a conversation about Africa on the front line. It is important for artists like her and our African American cousins at large to stay connected — and keep incorporating Africa in their albums and videos.

In the end, we are one. Black Is King portrays all shades of Black and recognizes Blackness as a spectrum, acknowledging that each of its shades is royalty.

And for youngsters growing up in Africa today, Beyoncé presents an image that we believe is inspiring.

One of Ifeanyi’s favorite parts of the film is a scene of a woman hawking oranges. During this scene, the artist Tiwa Savage is singing a song, referring to the young African king as “the key to the kingdom.” It reminds him of his own childhood experience, selling bananas to support his mother and pay his way through school.

If as a child, he could have taken time off from hawking bananas and watched such a video, he would have been motivated to dream of a better life.

Esther Ngumbi is a researcher at University of Illinois at Urbana-Champaign and a New Voices Fellow at the Aspen Institute.

Ifeanyi Nsofor is the director of policy and advocacy at a health group called Nigeria Health Watch and Senior New Voices Fellow at the Aspen Institute.

If you were Beyoncé, what kind of Africa would you portray in ‘Black Is King’? Email your thoughts and ideas to [email protected] with the subject line “Black Is King” and we may feature it in a story for NPR.