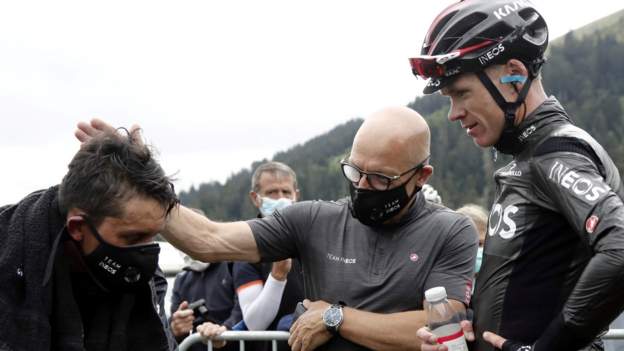 Froome began the day five minutes and 21 seconds adrift of the 23-year-old, having reacted to fans who were booing him on the previous day’s stage.

The pair are racing to be selected to compete at this year’s Tour for Ineos.

Britain’s four-time Tour winner Froome, 35, risks not being selected if his form is not deemed strong enough.

A small number of fans shouted and directed boos towards Froome during Monday’s queen’s stage, prompting him to turn around and make a gesture.

Colombian Bernal was 19 seconds ahead of promising Ineos rider Pavel Sivakov, 23, who was second in the general classification.

The final stage was won by AG2R La Mondiale’s Benoit Cosnefroy, two seconds ahead of Bernal and another Tour contender in Thibaut Pinot of Groupama FDJ.

Pinot was fourth in the general classification – 37 seconds down.