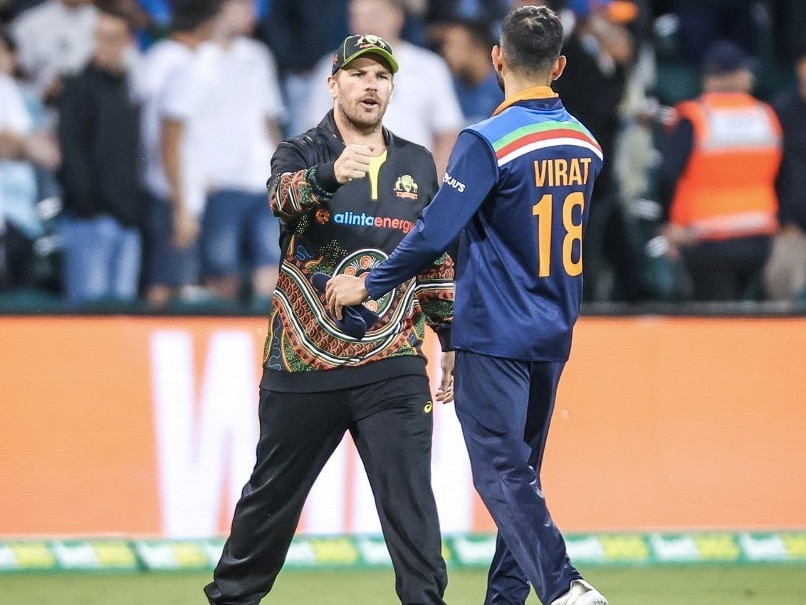 
Australia’s limited-overs skipper Aaron Finch thanked fans for supporting the team during the limited-overs series against India and said it was very special to play in front of them again. Australia had defeated India 2-1 in the three-match ODI series, while the visitors defeated the hosts 2-1 in the three-match T20I series. Finch termed the ODI series win as an ”outstanding achievement” and added that the team showed ”character” in the T20I series.

“It’s been a great last few weeks! To win the ODI series against a great Indian team was an outstanding achievement from our men. Then to show so much fight and character in the T20s but just come up short shows just how close we are to doing some great things in this format. Thank you to all the fans, it was very special to get to play in front of you all again!” Finch wrote in an Instagram post.

Earlier in the day, Cricket Australia (CA) confirmed that opening batsman David Warner has been ruled out of the first Test of the four-match series against India.

India and Australia are set to face each other in the four-match Test series, beginning from December 17 in Adelaide. The first match of the series is a day-night contest.

The left-handed batsman will now remain in Sydney to continue his rehabilitation and specialised treatment while the majority of the Australian Test squad travel to Adelaide.

“I feel I have made great progress in a short amount of time and it’s best for me to stay here in Sydney to continue working on getting back to full fitness. The injury feels a lot better, but I need to be able to satisfy in my own mind and to my teammates that it is 100 per cent ready for Test match conditions,” Warner said in an official release.

“That includes running between the wickets and being agile in the field. Right now I feel I am short of being able to play at peak fitness and another 10 days will make a difference,” he added.