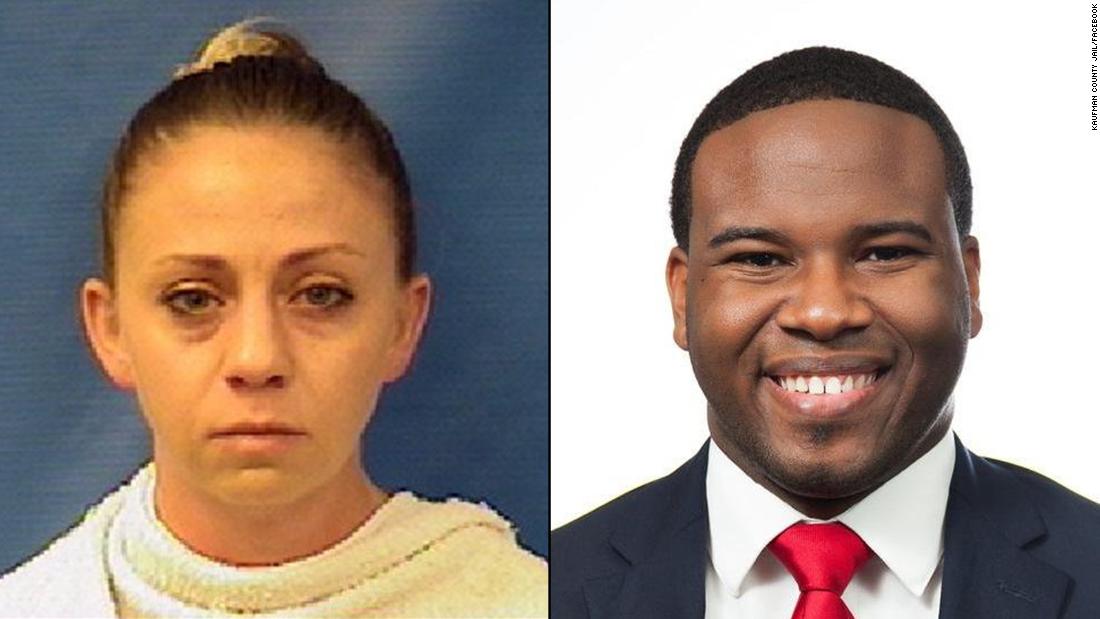 Guyger was convicted of murder last October and is serving a 10-year prison sentence.

Her defense team says there was insufficient evidence to convict her of murder. The court should either acquit Guyger of that charge, or acquit her of murder, convict her of criminally negligent homicide, and hold a new hearing on the punishment, according to the court filing.

Guyger testified that on September 6, 2018, she returned home from work and went to what she thought was her apartment. She was off duty but still in her police uniform. The apartment door was ajar, she said, and when she entered she found a man inside. She fired her service weapon, killing him.

She was actually in the apartment directly above hers, which belonged to Botham Jean, a 26-year-old accountant from St. Lucia. Jean was on the couch, watching TV and eating ice cream when Guyger walked in and shot him, prosecutors said.

In the appeal, her lawyers said that “her mistaken belief negated the culpability for murder because although she intentionally and knowingly caused Jean’s death, she had the right to act in deadly force in self-defense since her belief that deadly force was immediately necessary was reasonable under the circumstances.”

Guyger’s attorneys have also asked to have their appeal heard by oral argument.

“After admitting her crime and asking Botham Jean’s family for mercy– Guyger’s actions in filing this appeal reflect someone who is not repentant but instead was hoping to play on the families sympathies at the time that they were most vulnerable,” said the statement from S. Lee Merritt, attorney for the Jean Family.

On the final day of the murder trial Jean’s younger brother, Brandt, told Guyger during his victim impact statement that he forgave her, and gave her a long hug before she was taken to prison.
Merritt went on to say the appeal alleges Guyger “should have been allowed to murder Botham in ‘self defense'” because she thought she was inside her own apartment. But, “the jury was instructed on self defense prior to deliberations and they properly rejected the defense and found Guyger guilty of murder one,” Merritt said.
In twist in the Guyger case, a key witness in her murder trial was shot to death in Dallas in 2019.
Joshua Brown, who had lived across the hall from Jean at Dallas’ South Side Flats apartments, was killed at a different apartment complex he had moved to. Authorities said they indicted three men who tried to rob him.

Getty photographer: There so many people on the verge of the abyss – CNN Video