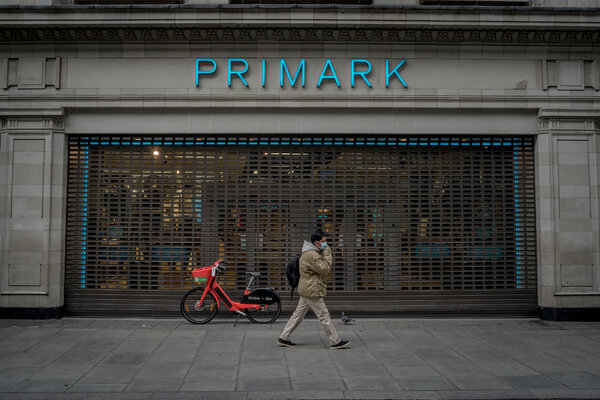 As if a pandemic accompanied by a global economic downturn were not trouble enough, manufacturers in Britain are now confronting the intensifying possibility that their country may soon crash out of the European Union without a deal governing future commercial relations across the English Channel.

The prospect of a no-deal Brexit has long threatened to trigger job-killing, investment-discouraging mayhem in Britain and in major European economies, impeding the flow of goods through ports and rendering uncertain the rules applying to major industries — from finance to agriculture to manufacturing.

Now, that prospect is growing increasingly real. A transition period during which nothing has changed is set to expire at the end of the year. Barring a trade deal between Britain and the European Union, the transition will end abruptly, with the terms of trade unclear. Given that Britain sends nearly half its exports to the European bloc, a rupture in dealings could bring profound economic damage.

Prime Minister Boris Johnson of Britain has long sold Brexit as the beginning of a glorious new era that will bolster his country’s fortunes through expanded trade with the world. But his primary aspiration — a trade deal with the United States — was always more about political optics than economic gains. An agreement looks less likely with the electoral defeat of President Trump, a Johnson ally and Brexit champion. The incoming American president, Joseph R. Biden Jr., has favored multilateral trade blocs, like the one that Britain is abandoning.

British factories are bracing for fresh pain. Already battered by the pandemic, which has played out with especially lethal force in the Britain, and suffering lost sales in the face of the global recession, manufacturers in England are strongly inclined to view Brexit as another wound to manage, and not the spur to commerce portrayed by the government.

Only 3 percent of small and medium-size factories express confidence that Brexit will have a positive impact on their efforts to recover from the pandemic, according to a survey released Monday morning by a pair of trade associations, the South West Manufacturing Advisory Service and the Manufacturing Growth Program.

Small and medium-size manufacturers “have been battered by Covid-19, and now they have the additional challenge of recovering with Brexit looming large on the horizon,” Nick Golding, managing director of the manufacturing advisory service, said in a statement accompanying the release of the Manufacturing Barometer. “It’s like a perfect storm for management teams trying to plan.”

The report draws on surveys with more than 400 companies in England, polling them on their experiences between July and September. It found that 47 percent were confused about how the departure from the European Union would affect their businesses — a worrying finding given that 62 percent overall said their businesses remained below volumes before the pandemic.

One-fourth of respondents anticipated that recovery would take between one and five years, a process not helped by a breach with the nation’s largest trading partner.

It would be a sharp reversal from the Trump administration, which for four years benefited Wall Street with its push to loosen bank rules and weaken post-crisis financial regulations, Alan Rappeport and Jeanna Smialek reported.

Among those selected for the financial regulatory transition teams are Gary Gensler, who led the Commodity Futures Trading Commission during the Obama administration. He pushed through dozens of tough rules after the 2010 Dodd-Frank law, including some that the Trump administration has watered down.

Also on the teams are Leandra English, a former deputy director of the Consumer Financial Protection Bureau, and Dennis Kelleher, a co-founder of Better Markets, a prominent financial reform advocacy group. Ms. English tried, unsuccessfully, to prevent Mr. Trump from installing a critic of her bureau, Mick Mulvaney, as its acting director three years ago.

While a Biden presidency may be constrained by a divided Congress, regulatory agencies wield enormous power given their ability to write and interpret rules and decide how strictly to enforce them.

For example, a Biden administration could reinstate the consumer bureau’s efforts to limit payday lending and install leaders at the Securities and Exchange Commission and Labor Department who support “sustainable investing.”

Some view the “landing teams” as a sign that Mr. Biden is heeding the concerns of the progressive wing of his party and planning to put consumers ahead of corporations.

Banks, though wary, are not without a say in Washington.

“They get their voices heard enough — we know what they think,” Anat R. Admati, a professor of finance and economics at Stanford University’s Graduate School of Business and an expert in regulation, said of the banks. “There are a lot of people hurting in this economy. The financial sector is not among them.”

The Australian Stock Exchange closed early on Monday following a glitch after upgrades went live, in the bourse’s worst outage since 2016.

Shortly after trading commenced at 10 a.m. local time, the exchange said it became aware of a market data issue. At 10:24 a.m., trading was paused. Before the stoppage, the S&P/ASX 200 index had been up 1.2 percent, its highest level since Feb. 27.

In the afternoon, the market said it would close for the rest of the day. In a statement, it said the issue had been identified and would be resolved overnight in time for normal trading on Tuesday.

“ASX is very disappointed with today’s outage and sorry for the disruption caused to investors, customers and other market users,” Dominic Stevens, the exchange’s managing director and chief executive, said in the statement.

ASX said a software issue related to the trading of multiple securities in a single order created inaccurate market data. Monday was the first day its Trade Refresh project, an update to its equity market trading platform, went live.

“Notwithstanding the extensive testing and rehearsals, and the involvement of our technology provider, ASX accepts responsibility. The obligation to get this right and provide a reliable and resilient trading system for the market rests with us,” Mr. Stevens said of the upgrade.

The outage is the longest since September 2016, when the exchange was shut for several hours at the open and close of trading because of a hardware failure.

Indian couple allegedly kill daughters, believed they could bring them back to life: report

White people are getting vaccinated at higher rates than Black and Latino Americans.