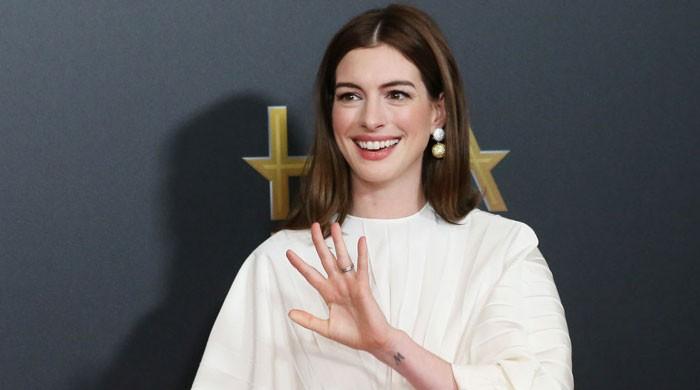 American actress Anne Hathaway recently opened up about some of her most ‘powerful’ parenting tricks for son Jonathan.

The star spilled the beans behind it all during her interview with TV show host Jimmy Fallon.

There she began by touching on her son’s growing love for Santa Clause.

Hathaway explained, “This is the first year he’s really believed in Santa Claus. We were driving in the car, and you know when you’re in the car with your kids and suddenly the car gets too hot? Like all of a sudden in a second, and everybody is loud at the same moment. And the baby is crying because he wants the cracker that the 4-year-old has and the 4-year-old will not give him a cracker.”

“And then finally, I just have this spark and I go, ‘Okay Johnny, but what about Santa? His hand shot out straight towards me, I had the entire box of crackers suddenly, there was no argument.”

“Adam and I turned to each other and we went, ‘Oh my God, this is so powerful’. So 4 and 1, the ages are the ages that they are but there’s a lot of magic in those ages.”