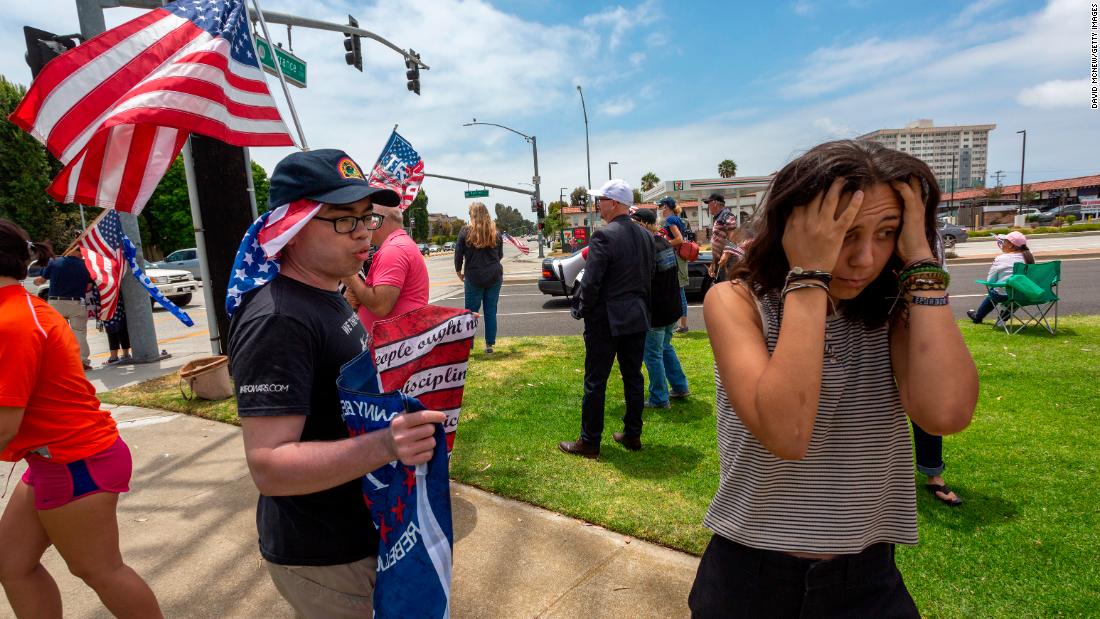 The strongest potion in politics and media…

Potion? More like poison. It’s negative partisanship. Once you’re looking for it, teams defined by disdain for the “other side” are visible everywhere you turn. It’s how you get President Trump saying hateful things like Joe Biden is “against God.”
Jason Zengerle, writing in this weekend’s NYT Magazine, says this era is “one in which political allegiances are determined less by affection for one party than by hatred of the other.”
I first wrote about “negative partisanship” ten years ago when a woman from Philly brought it up during Jon Stewart and Stephen Colbert’s rally in DC. The concept now has a specific meaning in political science. “‘Negative Partisanship’ Explains Everything” blared the headline of a 2017 article by Emory professor Alan Abramowitz and graduate student Steven Webster. The summary: “Conservatives and liberals don’t just disagree — they actually like to hate each other. And it’s getting uglier.”
Many pro-Trump media outlets are fueled by negative partisanship. They drone on and on about Biden, portraying him as incompetent, while ignoring when their leader mispronounces Yosemite and Thailand. In my forthcoming book HOAX, I make the point that Fox News is more anti-Democrat than pro-Trump. Fox is defined more by who it opposes than who it promotes.
This phenomenon is evident on the left, as well. Earlier this summer, liberal writer Dean Obeidallah said in a CNN.com commentary that his side is voting “against” Trump more than “for” Biden: “Democrats, who in 2008 were inspired by Obama’s message of ‘hope,’ are inspired by the need to defeat Trump.”

Here are some other recent mentions of this term in news coverage:

— Last month the NYT’s Maggie Haberman called Trump “a testament to the power of negative partisanship as a binding force in modern American politics. But…“
— Trump, not Biden, “might have an enthusiasm problem” in this election cycle, 538’s Michael Tesler wrote…
— “A negative partisan feels like they ‘win’ by inflicting defeats on the other team rather than passing their own positive legislative agenda (though sometimes they’re the same thing),” Vox’s Zack Beauchamp wrote last month. “But in a democracy, rising negative partisanship is playing with fire…”
— “Negative partisanship is affecting the behavior of voters and reshaping the voting coalitions aligned behind each major party,” election forecaster Rachel Bitecofer wrote earlier this year in a piece titled “Hate Is on the Ballot.”

Negative partisanship also stirs attacks against members of the media who are not rooting for or against any “team.” For example…

Keilar calls out Schlapp for smear

Oliver Darcy writes: Trump 2020 campaign adviser Mercedes Schlapp attempted to clean up her disastrous interview with CNN anchor Brianna Keilar by penning an op-ed about the network’s supposed “dishonesty” for RealClearPolitics, or RCP for short. But Schlapp made at least one major mistake. She wrote that she was “disturbed to learn that Brianna Keilar’s husband is a ferocious opponent of the president, a former director of the National Security Council under President Obama, and a man who tweets, among other things, that Donald Trump makes him ‘throw up.'”
Schlapp was wrong, wrong, wrong. Keilar’s husband, Fernando Lujan, is an active-duty Green Beret officer in the US military.
“Your op-ed is riddled with lies,” Keilar wrote after her afternoon CNN program. Lujan worked in the Obama admin but was promoted after the Trump admin took over, she noted: “He has spent the past two years as a part of Ambassador Zalmay Khalilzad’s team, including a year plus overseas, much of that time in Afghanistan, away from our two little boys and me. He has served and sacrificed for his country in ways that you and I can’t begin to fathom.”

Keilar concluded, “Get your facts straight and don’t mess with my family.”

Darcy adds: I reached out to RCP founder and exec editor Tom Bevan about this. I wanted to know: Did his site reach out to Keilar or her husband to fact-check the claims Schlapp made in the op-ed? I didn’t hear back from Bevan… But on Thursday night, the piece was updated with a cop-out note without any transparency about what happened. CNN’s Jake Tapper said RCP and Trump campaign are “hoping no one will notice” the original smear. “Disgraceful,” he tweeted…