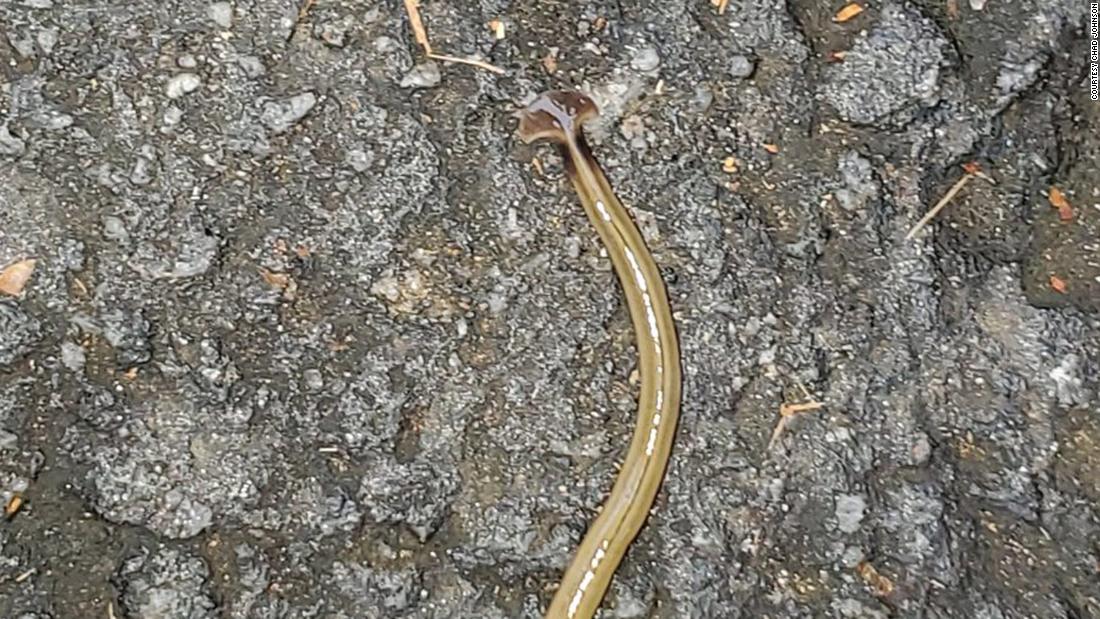 Over 100 sightings in the Atlanta area have been announced on iNaturalist, a social networking service.

The snake-like worm, which can grow up to nearly a foot in length, gets its name due to its half-moon-shaped head. The mouths of hammerhead worms are located midway down the bottom surface of their bodies rather than on their heads, Murphy says.

The worms are carnivorous and feed primarily on earthworms, according to Murphy. However, they are also known to “prey on other soil dwelling invertebrates,” Murphy said.

The worms produce tetrodotoxin, the same deadly neurotoxin produced by pufferfish, according to a study from Utah State University.

Murphy says there is not enough research on the function of the toxin within the worm’s biology, but it is speculated that the toxin may help the worms to catch prey or to avoid being eaten themselves.

While the worms do not appear to secrete enough of the toxin through the skin to be considered dangerous, Murphy says to exercise caution, as tetrodotoxin is very dangerous.

Murphy notes that records indicate that the species has been in the United States for nearly a century. And he believes that recent sightings could be tied to people having greater access to cameras and identification resources.

“The other potential reason could be tied to climate change and human migration,” Murphy said. “Since these worms are often spread through soil, it is possible that an influx of exotic plants into an area along with rising temperatures could lead to increased populations.”

Murphy says he is unaware of any state initiatives to combat the spread of the worm, as it does not threaten crops directly and is mainly only a danger to “commercial earthworm rearing operations.”

“I don’t think there’s a need to sound an alarm just yet,” Murphy said. “I do think it is prudent to encourage people to continue to report sightings to authorities such as the Center for Invasive Species and Ecosystem Health, Georgia Department of Agriculture, or USDA APHIS (Animal and Plant Health Inspection Service) so we can track their spread.”

Murphy does not advise people to touch the worms with their hands. If you have to dispatch the worms, he adds, use hot water or place them in dry paper towels to desiccate them.

He says they can reproduce from cut body sections, and that would not be an advisable way to kill them.

CNN’s Austin Steele and Justin Lear contributed to this report.