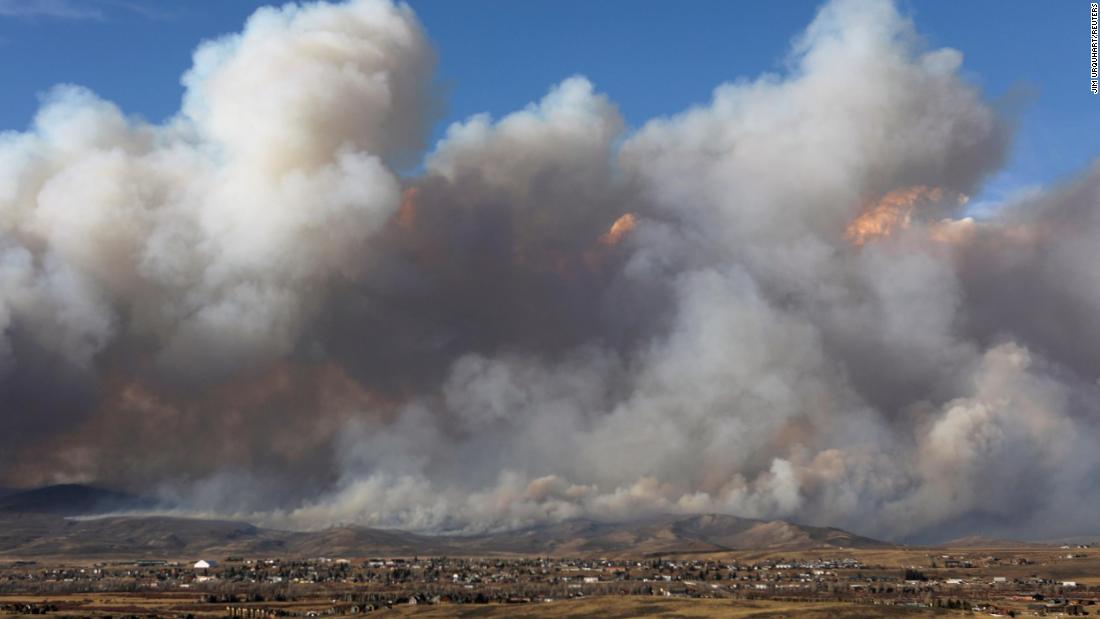 Lyle and Marylin Hileman, ages 86 and 84, didn’t want to leave the home they had spent many years with their family in, the sheriff said. Their residence was completely burned, he added.

Grand Lake is about 60 miles northwest of Denver.

“Over the past couple of days, I’ve worked with the Hileman family while they waited for the answers they really didn’t want to hear but they knew were reality,” Schroetlin said.

The East Troublesome Fire has grown to more than 188,000 acres and is 4% contained, officials said.
It’s one of several blazes burning in the state, in what has been a record-breaking 2020 fire season all across the Western US. Among the other blazes is the Cameron Peak Fire, the largest in Colorado history, that is now about 60% contained.

In a statement read by the sheriff, the Hileman family said the couple was contacted by several friends Wednesday who offered to help them evacuate but the two refused.

“Their only desire was to be together in the home they loved,” the family said.

The two married young and honeymooned in the area in 1952, the family said.

“Years later, they would buy the property adjacent to Rocky Mountain National Park,” they said. “The property become a lifelong mission to create ‘heaven on earth’ to which family, friends and strangers, who quickly became friends, would be drawn.”

The couple sold the property to their son Glenn in the spring of 2020, hoping to stay there “as long as physically possible,” the family said.

On October 21, the two called their son and shared that the blaze was burning in nearby fields, barns and homes but they remained calm and “resolute and adamant, they would not leave,” the family said. When their son tried to call them back after getting in touch with his siblings, there was no answer.

“Our family feels comforted in the knowledge our parents left this world together and on their own terms,” the family said. “They leave a legacy of hard work and determination to overcome, something all in Grand County will need.”

Colorado Gov. Jared Polis addressed the loss on Twitter saying he was “extremely saddened’ with the news.

“My heart goes out to the family and friends of Lyle and Marilyn Hileman,” the governor wrote.

Authorities were just beginning to assess properties in the area, the sheriff said, and will continue over the coming days.

“At this point we have no other missing persons on file from this incident,” he said.

The fire’s cause remains under investigation and officials hope to have it contained by November 10.

After Chaotic 4 Years, Wall St. Is Itching to Unfollow @realDonaldTrump