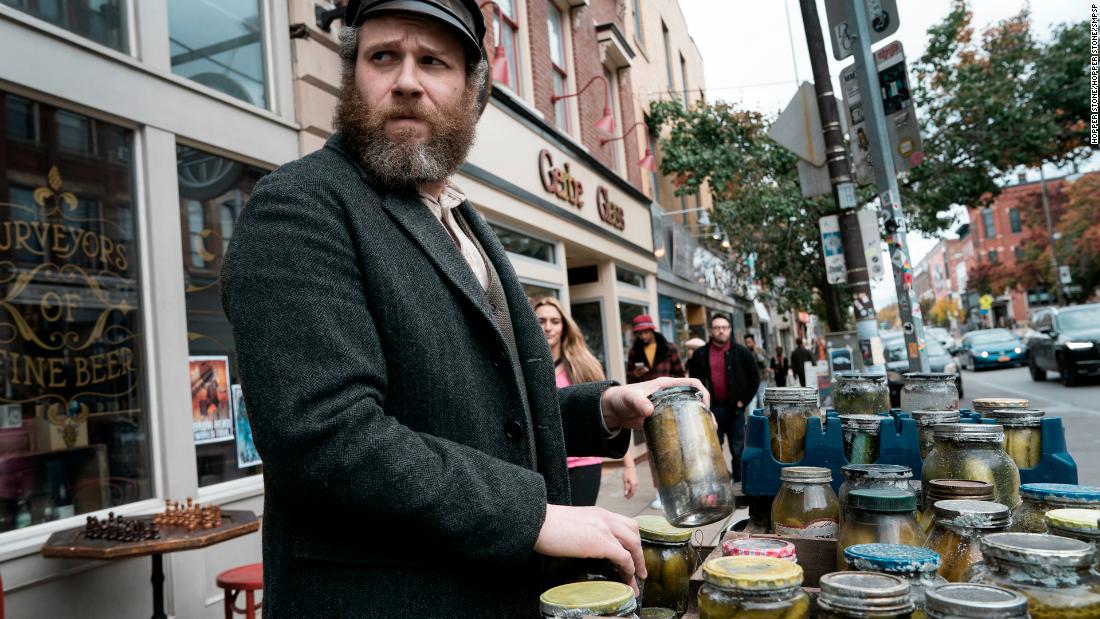 Rogen’s Herschel Greenbaum is introduced in the old country, where life is hard, Cossacks terrorize his village, and he chooses his bride (“Succession’s” Sarah Snook, briefly) because she “has all her teeth, top and bottom.”

The pair move to America, where Herschel’s job in a pickle factory abruptly ends with an accident that leaves him trapped in a vat of brine, and, it turned out, perfectly preserved for a century.

The premise has the absurdist bent of Rich’s other work — including the FX series “Man Seeking Woman” — and doesn’t really kick in until Herschel meets his surviving relative, Ben (also Rogen), an app developer shuffling through life in Brooklyn.

Ben, at first, is somewhat excited to serve as Herschel’s guide, showing off his modern toys, such as Alexa, an iPad (“A magic rectangle,” Herschel marvels) and other forms of societal progress, like an interracial couple, which Ben assures him are “totally cool now … in parts of the country.”

The honeymoon, however, doesn’t last, and the movie — the feature directorial debut of cinematographer Brandon Trost, whose credits include the Rogen-produced series “Future Man” — strains as it reaches for bigger moments.

Those include Herschel becoming a sort-of sensation with his child-like truth telling — in what almost feels like an underdeveloped homage to “Being There” — and the trouble that can come from expressing his outdated opinions, as if nobody understands why someone who lost consciousness not long after World War I would say and do appalling things by today’s standards.

“An American Pickle” fritters around the edges of something sweeter and more interesting with Ben, a lapsed Jew, being forced to consider his heritage by his exposure to his ancestor, a devout one. The film is simply too scattered, though, to make much of that, or indeed, settle on a consistent tone and stick to its threads.

In the process, the movie mostly squanders a pretty impressive performance by Rogen (who also produced the film), and like HBO’s “I Know This Much is True,” the seamless visual sleight of hand that lets him interact on screen for most of the story.

If that casting feels like a modest coup for HBO Max (the new streaming service from CNN parent WarnerMedia), the novelty wears off. Then again, when a promotable star brings you an idea that turns out to be a little half-baked, that is, in Hollywood terms, a bit of a pickle.

Half of all US adults say colleges that brought students back to campus made the right decision, study finds