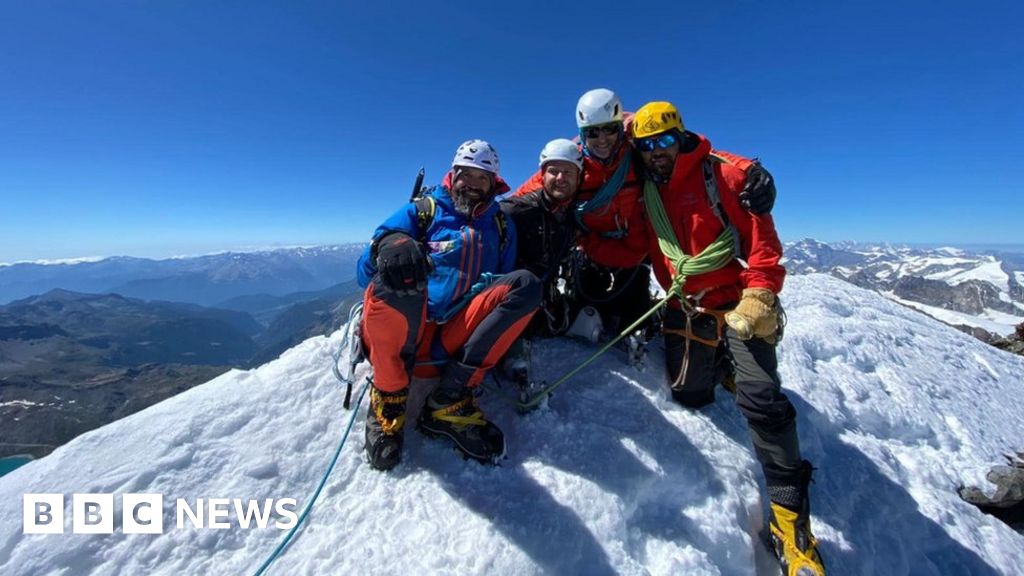 A former soldier has become the first above-the-knee double amputee to scale the Matterhorn.

Neil Heritage, 39, from Poole, Dorset, reached the peak of the Swiss mountain with supporters on Friday, on his third attempt in three years.

The ex-corporal, who lost his legs to a suicide bomb in Iraq in 2004, said he was “over the moon”.

Mr Heritage, who runs a charity for injured veterans, is planning to kayak the Amazon river in 2021.

His two previous attempts to conquer the 4,478m (14,692ft) Alpine peak were foiled by bad weather.

His co-climber Mark Hooks said: “It was just so special, managing to achieve something we’ve worked so hard on over the years.”

Mr Hooks said his friend’s specially-designed prosthetic limb fell off near the summit and took more than 20 minutes to reattach.

In a Facebook video, posted from a mountain hut on the descent, he said Mr Heritage was “absolutely blitzed” and too exhausted to speak.

Since losing his legs, Mr Heritage has completed triathlons, learned to ski and rowed across the Atlantic Ocean in the Row2Recovery team.

The Matterhorn ascent has raised more than £6,000 for Mr Heritage’s charity Climb 2 Recovery.