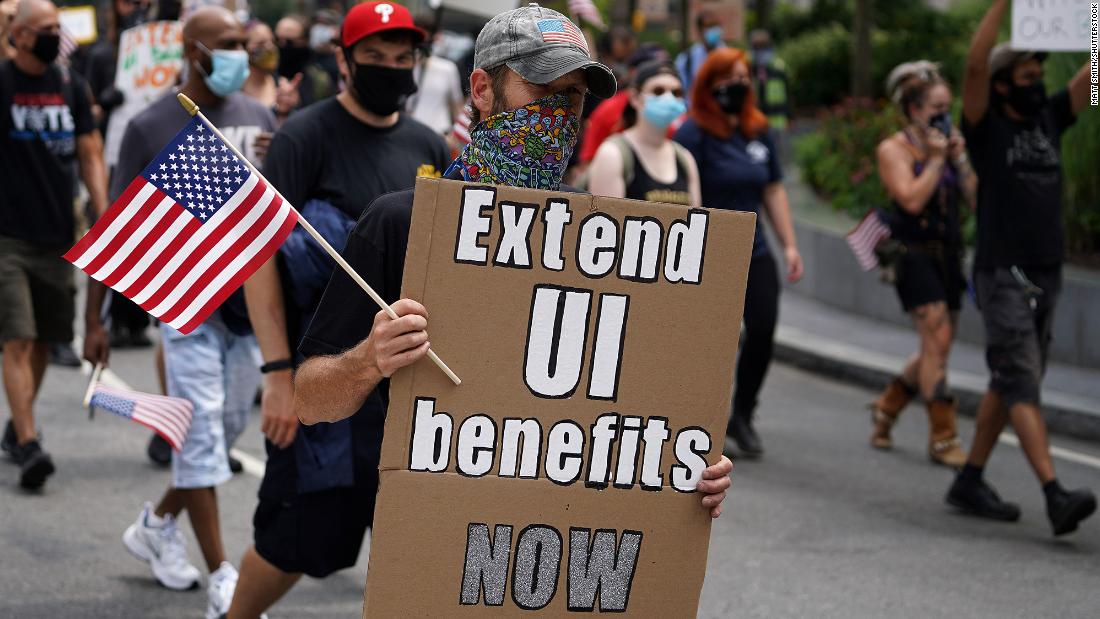 The unemployment rate is expected to fall to 9.8% in August, which would be the first time since March that it stands below 10%. That would also be below the peak unemployment rate reached during the Great Recession.

Every person who can go back to work is a win for the recovery from the unprecedented jobless crisis the Covid-19 pandemic has brought on. However, America would still be down nearly 11.5 million jobs from February, even with more than 1 million job gains last month.
That means millions of families in need of benefits to make ends meet while Congress continues to argue about the next stimulus package.
During the Republican National Convention last week, President Donald Trump promised to create 10 million new jobs in 10 months. If the predictions hold true, he’ll have 8.6 million more to go — and even then, the US economy wouldn’t have gained back all the jobs lost since February.

Trump’s promise could prove difficult to achieve. The recovery is losing steam as the sugar rush from stimulus wears off, millions of people are still working from home, and retail, restaurants and other services industries remain battered from the pandemic.

“The ongoing weakness of demand in sectors like leisure and hospitality — which account for a higher share of employment than they do of broader economic activity — mean that the labor market recovery is likely to remain relatively underwhelming,” said Andrew Hunter, senior US economist at Capital Economics, in a note to clients.

Services sector jobs, many of which require face-to-face interaction, vanished by the millions following the spring lockdown. As expected, the sector has also rebounded sharply over the past months, but it’s still far from back-to-normal. Economists worry that cold winter weather could force renewed restaurant layoffs, and that prolonged remote working arrangements will hurt local employment catering to office workers.

Meanwhile, leisure and hospitality industries employ more women than men, as well as more workers from minority groups. So if the sector is lagging, it makes the jobs recovery even more uneven.

The Bureau of Labor Statistics will publish the August jobs report at 8:30 am ET on Friday.