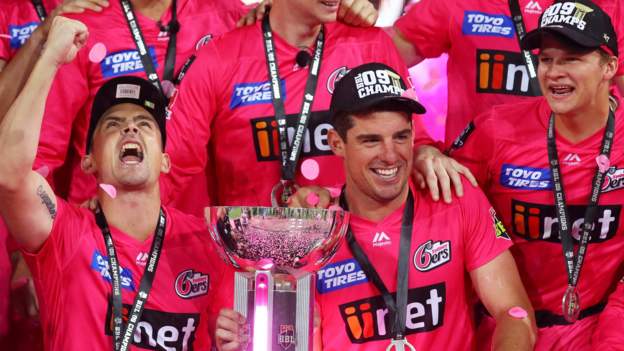 Big names, new rules and spectators will all be in attendance when the latest season of the Big Bash begins in Australia on Thursday.

The T20 tournament has already caught the headlines by announcing new rules this year and now it is over to the cricket to do the same.

The tournament begins on Thursday and runs until the beginning of February. Here’s what you can expect this year.

Which England players are involved?

Malan and Roy are the headline names on a bumper list of English players in this year’s Big Bash, which also includes exiled England batsman Alex Hales, Sam Billings and James Vince.

The players involved in England’s tour of South Africa – Malan, Roy, Billings and Lancashire’s Liam Livingstone – will not be available until after Christmas because of the quarantine period they must observe once entering Australia.

Jonny Bairstow (Melbourne Stars), Tom Banton (Brisbane Heat) and Tom Curran (Sydney Sixers) were all due to play but have pulled out in recent days.

Who else should I watch out for?

Australia’s Test players, such as Steve Smith, Mitchell Starc and Pat Cummins, will miss most of the tournament because of the Test series against India which starts next week, but there will be no shortage of big names.

The overseas stars include West Indies captain Holder, who has joined Sydney Sixers along with his team-mate – and Test Match Special favourite – Carlos Brathwaite, and T20 superstar Rashid, who will once again play for the Adelaide Strikers.

Who are the favourites?

Melbourne Stars are the pre-tournament favourites but have never won the title despite often having a star-studded line-up.

As well as a strong Australian contingent they also have highly-rated West Indies batsman Nicholas Pooran for the first six matches.

Sydney Sixers are defending champions but will miss Curran who was their leading wicket-taker last year.

Three-time winners Perth Scorchers are the tournament’s most successful team but have disappointed in the past two seasons. Their bowling attack of Ashton Agar, Andrew Tye, Jhye Richardson and Jason Behrendorff looks strong, however, if they all stay fit.

What about these new rules?

The tournament has already caused a stir by introducing three new rules this year, including ‘X-Factor’ substitutes.

After the first 10 overs, teams can use one of two substitutes to replace a player who is yet to bowl more than one over or bat.

Elsewhere, the usual six-over powerplay will now only be four, with the batting side choosing when to implement a ‘Power Surge’ and take the other two, and there will also be a ‘Bash Boost’ point available.

There will be live commentary of selected matches on BBC Radio 5 Live Sports Extra, BBC Sounds and the BBC Sport website and app.

The website will also have regular match reports and live text commentary of the final on 6 February.

AUS vs IND: I Can Be Called A Bowling All-Rounder, I Can Bat, Says Shardul Thakur | Cricket News