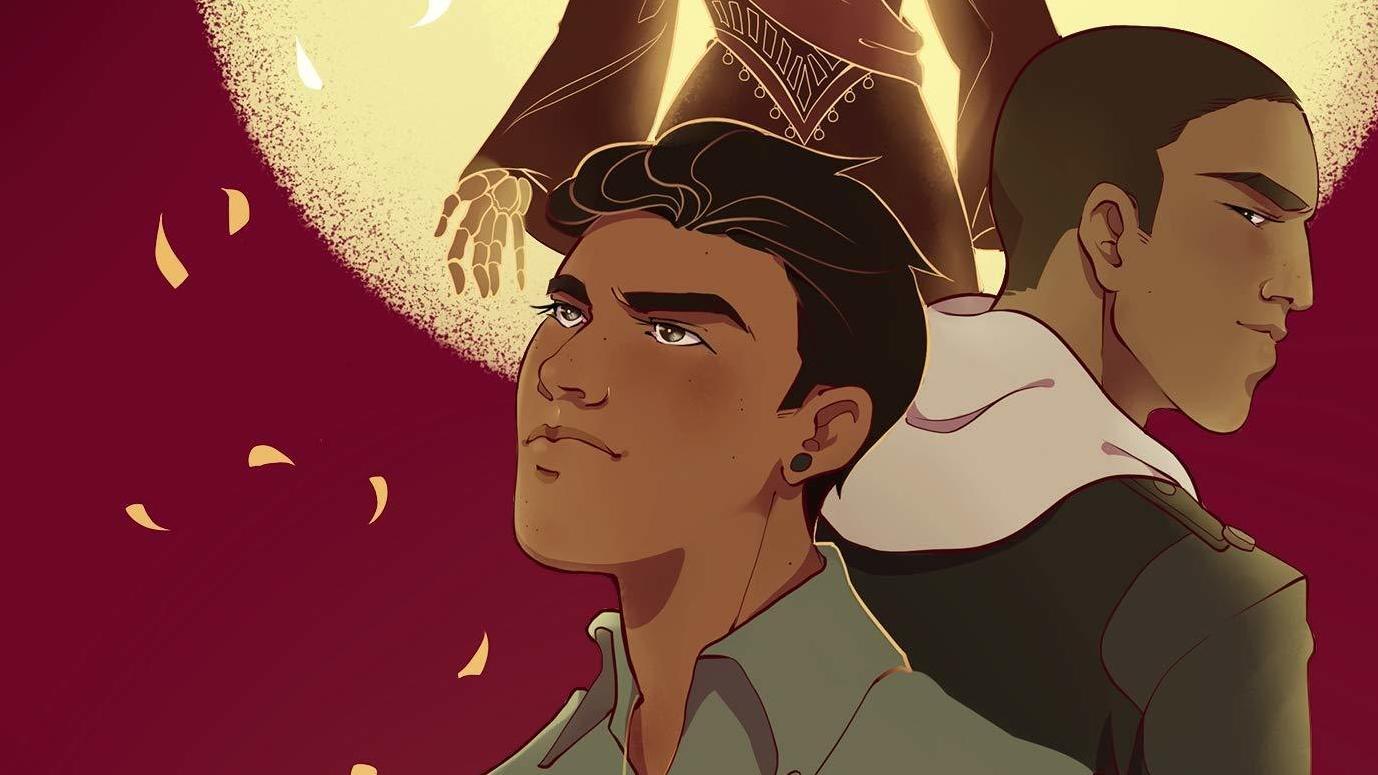 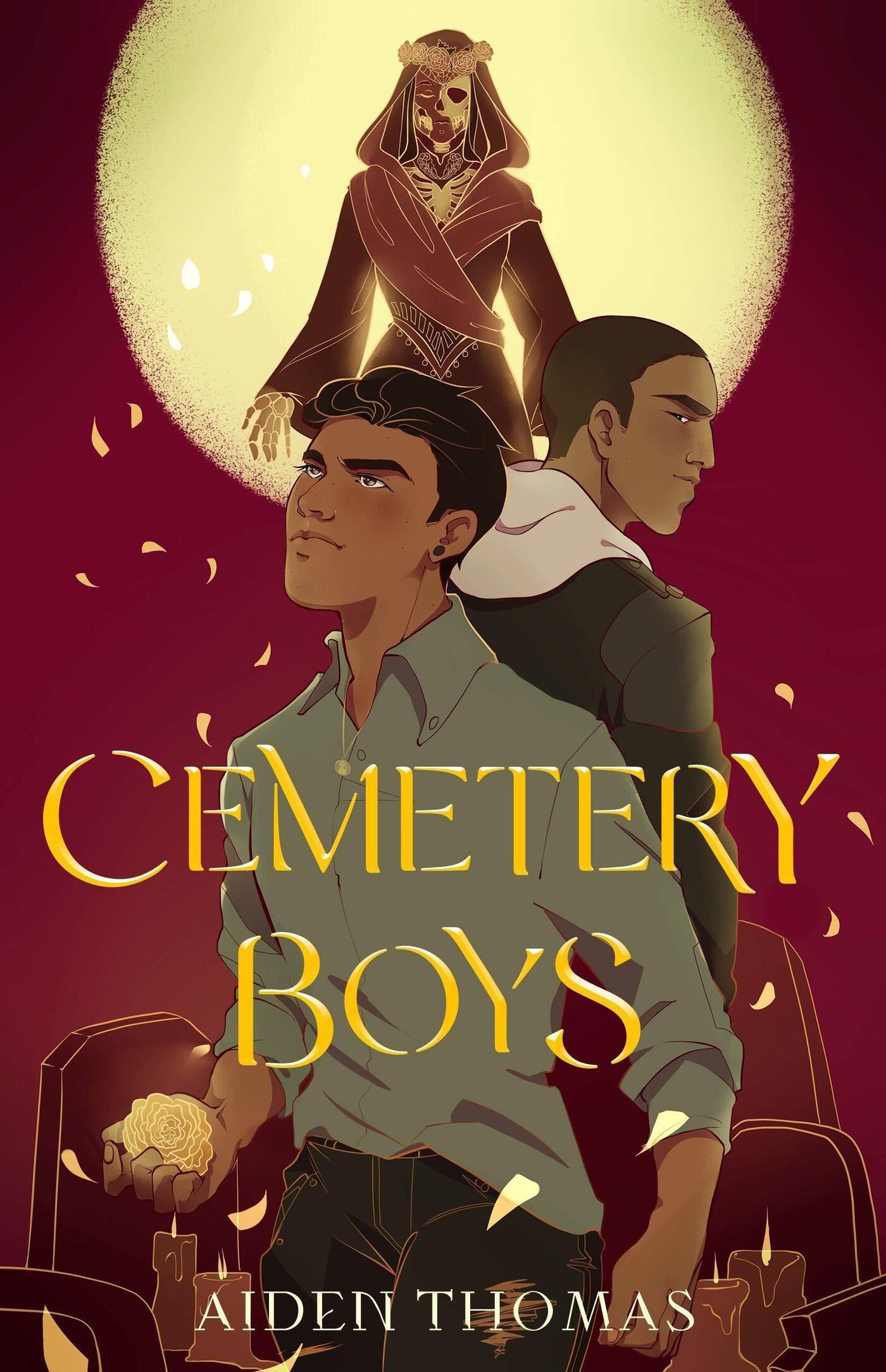 Yadriel is a lot of things: He’s queer, he’s trans, he’s Latinx and he’s a brujo, born to free the souls of the dead so they can pass over — or he would be if only his family could accept him as he is. They carry on the ancient traditions of guiding the dead and healing the living, but only men can free spirits. And they don’t believe Yadriel’s truly a man.

When we meet Yadriel, at the start of Aiden Thomas’ new young adult novel, Cemetery Boys, he’s desperate to prove himself to his family. So he tries to summon and free the ghost of his murdered cousin — but he gets the wrong ghost.

“Cemetery Boys was inspired by a writing prompt I saw on Tumblr,” Thomas tells me in an email interview. ” ‘What happened if you summoned a ghost and couldn’t get rid of it?’ My main character, Yadriel came to life first. He’s transgender, Cuban/Mexican, and gay. I really wanted to explore and showcase Latinx culture, and the plot aligned perfectly with Día de Muertos!”

How much of the story of Cemetery Boys is from your own experience?

A big part of the story that pulled from my personal experiences were the family dynamics. I feel like most stories about trans kids, either their families fully support them without so much as a blink, or they completely reject them. I wanted to show how it can be more nuanced than that. I wanted Yadriel’s relationships with his family to reflect more of my personal experience — a family that isn’t intrinsically transphobic, just uninformed. There’s a learning curve. Yadriel’s family is not aggressively or purposefully trying to be hurtful. These aren’t bad people; they don’t hate Yadriel or those parts of him, they just don’t understand. Very often, that teaching falls onto the shoulders of queer/trans kids, which can be exhausting. That’s exactly what Yadriel is dealing with throughout Cemetery Boys.

I like that there are two kinds of family in this book — blood family and found family. Was that a conscious choice?

It was definitely a conscious choice! I wanted to use Yadriel and Julian’s families to show the nuance to what makes a family — and also to align with their journeys as characters.

Yadriel is trying to find his place in his very traditional Latinx community as a trans boy. Then you have Julian who is trying to keep his queer found family safe while navigating a world that has written them off. The only family Julian has by blood is his older brother, Rio, so he’s created a family of his own. Julian’s family is one that’s formed under the bonds of personal experiences, especially under forms of oppression. Often time, queer kids who aren’t accepted by their families find each other and become each other’s family. Along with the cultural oppression many Latinx kids face — like being written off by society or having their parents taken away due to deportation — these queer kids literally survive by relying on one another.

It seemed to me like a very gendered magic system. How do nonbinary and agender people fit into the brujx community?

I hope this book, and other books coming from authentic queer experience, might help some teach some folks so the trans kids in their lives don’t have to.

This is such a great question! I really wanted to explore and discuss how different gender identities would manifest within the brujx, but I simply didn’t have the time/space for it. Julian and Yadriel have a conversation where Yadriel says he’s “the first” transgender brujx to exist and Julian tells him there’s no way. It touches on the erased history of trans folks and how, just because Yadriel didn’t know of any, doesn’t mean they didn’t exist.

As far as how nonbinary and agender brujx, they definitely have very specific — both rare and powerful — magic, but right now that’s all I can say!

What do you want people to take away from this book? What have readers said to you about it?

I really hope readers will find connection and feel seen when they read Cemetery Boys. I wanted to create a story for readers to connect with Yadriel on universal truths that are basic to the human experience, things like struggling to fit in, feeling accepted for who you are, and being loved. A lot of queer teens experience their first sense of belonging or affirmation with queer bloggers, YouTubers, Tiktokers and, of course, characters in books. Even if they can’t talk to them personally, seeing people with their identities, seeing themselves reflected in books, or internet stars telling them they’re valid gives them a sense of community and comfort. I really hope Yadriel can be that for readers.

I’m completely floored by all the love and support folks have given me and Cemetery Boys! I’ve had readers reach out to me saying how much Yadriel and his story meant to them. How there was so much about being trans that I hit on, parts of themselves and their own experiences, that they’ve never seen represented in media for. This is especially true for Latinx trans folks. There’s a scene where Yadriel is experiencing some of the pitfalls of being trans where your native language is gendered, and the pitfalls that come with it, and I’ve had a few readers specifically say how much they connected with it.

Sons Of The Soil Review: Unscripted Documentary Is Unusual Fare