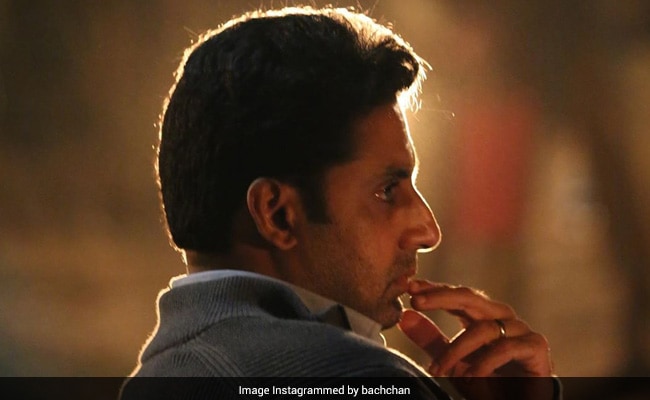 Abhishek Bachchan shared a glimpse of his hospital room recently on his Instagram story, sharing with us just a few seconds of his Bollywood-special playlist that’s keeping him company in the isolation ward. Abhishek framed his Instagram story in a manner that revealed just a portion of his health board with the day marked as #28. In the background of his Instagram story, the song Yuhi Chala Chal Rahi from Shah Rukh Khan’s 2004 film Swades played on. The motivating lyrics of the song, which is about encouraging one to appreciate the little joys of life and to keep moving on, could perhaps be a reflection of Abhishek’s current mood. The 44-year-old actor was admitted to Mumbai’s Nanavati Hospital on July 11 and has been in isolation ward since then. 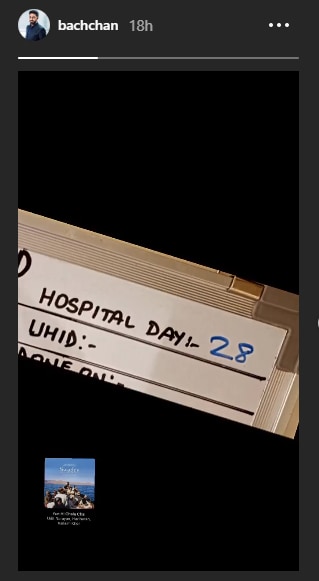 Earlier this week, which is his fourth week in the hospital, Abhishek wrote a note to himself: “Hospital day: 26. Discharge plan: NO! Come on Bachchan, you can do it!”

On July 11, both Abhishek and his father Amitabh Bachchan were admitted to the Mumbai hospital for testing COVID-19 positive. After over three weeks, Amitabh Bachchan tested negative and returned home on August 2. “Feeling bad for Abhishek… prayers he comes home soon,” the 77-year-old actor wrote in a blog post. Abhishek’s sister Shweta Bachchan Nanda recently wrote to her brother in a post: “Hang in there.” Abhishek’s wife Aishwarya was also briefly in the hospital and returned home on July 27 after testing negative for the virus. Their eight-year-old daughter, who also tested positive, also recovered and returned home with Aishwarya.

Abhishek Bachchan will next be seen in Bob Biswas, a film based on the antagonist in Kahaani. It is being produced by Shah Rukh Khan’s Red Chillies Entertainment. The actor also has The Big Bull, Ludo and Gulab Jamun in the line-up.