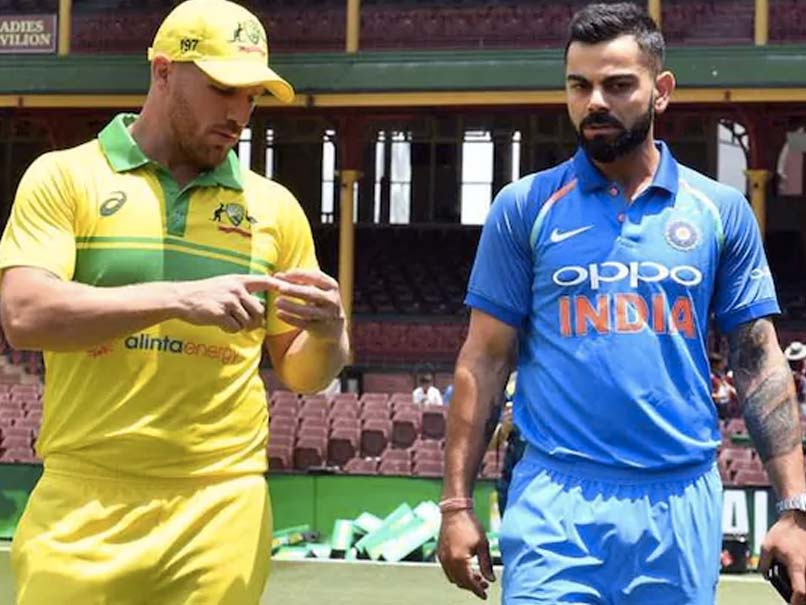 “I know how competitive and driven he is,” said Australia’s limited-overs skipper Aaron Finch while talking about the prospect of playing under the leadership of Virat Kohli for Royal Challengers Bangalore (RCB) in the upcoming Indian Premier League (IPL) 2020. The IPL will be played in the UAE from September 19 to November 10 and the tournament will run for 53 days. In the players’ auction which was held in December 2019, RCB managed to bag key players like Finch, Chris Morris, Dale Steyn, Joshua Philippe, and Isuru Udana. The addition of Finch to the side will now bolster RCB’s batting which already comprises of Kohli and AB de Villiers.

In an interaction with ANI, Finch talked about playing alongside Kohli, the role of Justin Langer on his leadership, and what makes Kohli and Steve Smith stand out as leading batsmen in the world currently.

“I can’t wait to join up with RCB. To get the opportunity to play for a franchise that has some of the greatest players in the world is going to be fun. It would have been amazing to play in front of the home crowd at Chinnaswamy but representing the franchise in UAE will still mean a huge amount to me,” Finch told ANI.

“It will be my first time playing under Virat’s leadership but something I’m very excited about. Having played against him for a number of years now in international cricket and IPL I know how driven and competitive he is, that something I’m looking forward to seeing up close,” added the Australian ODI and T20I skipper.

When asked whether Finch’s leadership skills will come in handy for the franchise, he replied: “I hope that my experience will come in handy, being able to help out anyone I can during the IPL. If that means I can help take some pressure off Virat then I will do everything I have to.”

Finch has played 5 Tests, 126 ODIs, and 61 T20Is for Australia and over the past few years the right-handed batsman has become one of the best opening batters around the world.

His ability to use the long handle is one thing that most teams dread about. Finch also holds the record for the highest individual score in T20I cricket – a knock of 172 against Zimbabwe in 2018.

However, the limited-overs skipper has not managed to cement his place in the Test line-up. When asked about returning to the longest format of the game, Finch said: “I would love to get an opportunity to play Test cricket again, but realistically I think it will be very tough to force my way back into the team. Not having the opportunity to play as much first-class cricket as I would like to put the required runs on the board makes it a bit harder.”

The right-handed batsman also explained the reason for Kohli and Smith being rated as probably the two best batsmen in the world currently.

He also gave his take as to why the India-Australia clash is now considered a “marquee series” in world cricket.

“As for the best batsman in the world, you could throw a blanket over a handful of players over 3 formats. The consistency of Steve Smith and Virat Kohli in Test cricket both home and away over a long period of time probably makes them stand out from the rest,” Finch said.

“The passion of Australian and Indian fans, along with an amazing history of close and competitive series makes it a marquee series. The pressures, the expectations, and the rivalry make it a brilliant series to be a part of,” he added.

The T20 World Cup was slated to be played in Australia this year but it has been postponed due to the coronavirus pandemic. This means that there will be three men’s ICC events in three years – T20 World Cups in 2021 and 2022, 50-over World Cup in 2023 – and Finch believes Australia have the game plan to “stand up to the pressure of a World Cup.”

“World Cups are obviously the pinnacle of the white ball game and T20 is a format that we probably haven’t played our best cricket in the past. Having played a lot more of this format over the last couple of years as a team, we have seen some great improvement and it is really exciting. We feel as though our game plan can stand up to the pressure of a World Cup, then it just comes down to executing your skills on the day,” Finch said.

Australian cricket was in a bit of turmoil in 2018 as the trio of Smith, David Warner and Cameron Bancroft were banned for one year for their involvement in the ball-tampering scandal against South Africa in Cape Town.

After that incident, Justin Langer took over as head coach of the side and led a transformation of sorts.

Australia is now the number-one ranked side in the Test and T20I format while they are placed fifth in the ODI rankings.

Talking about the effect of Langer, Finch said: “Justin has been great, not just for my batting but also my leadership and life. Like all coach/player relationships we are always talking about small things that we can look at to improve my game.”

“When you are constantly going from series to series there isn’t always a lot of time to make big technical changes, a lot of the time it’s just a mental shift that can help you more than anything,” he added.

Before the IPL starts, Australia is expected to tour England for a limited-overs series comprising of three ODIs and as many T20Is.

Australia were last seen in action in March this year as they played one ODI against New Zealand in Sydney. The remaining two ODIs of the series were postponed due to the coronavirus pandemic.