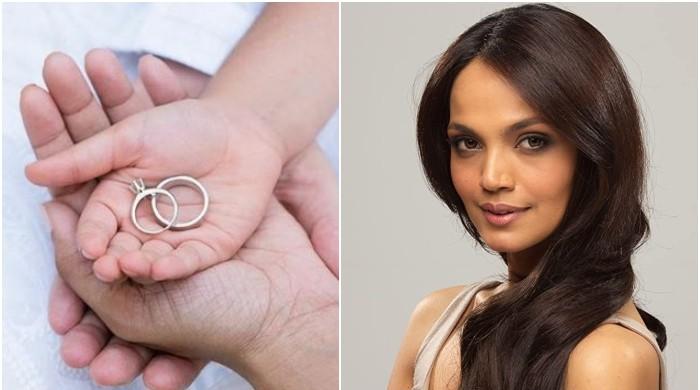 Prominent name in Pakistan’s entertainment industry, Aamina Sheikh hinted at her marriage on Saturday with a cryptic post on Instagram.

Turning to Instagram, the Cake actor, 38, posted a photo with three hands atop each other holding two wedding rings.

While the Jackson Heights actor did not make public any additional information, fans were convinced that Sheikh has begun a new chapter of her life with a special someone as congratulatory messages started pouring in for the actor soon after.

A number of her fellow industry insiders also extended their love and wishes to the actor, including Zara Noor Abbas, Muniba Mazari, Sunita Marshall and Nadia Hussain.

Sheikh had parted ways with her ex-husband Mohib Mirza last year in October, ending their 14-year marriage. The two are parents to a four-year-old daughter named Meissa.