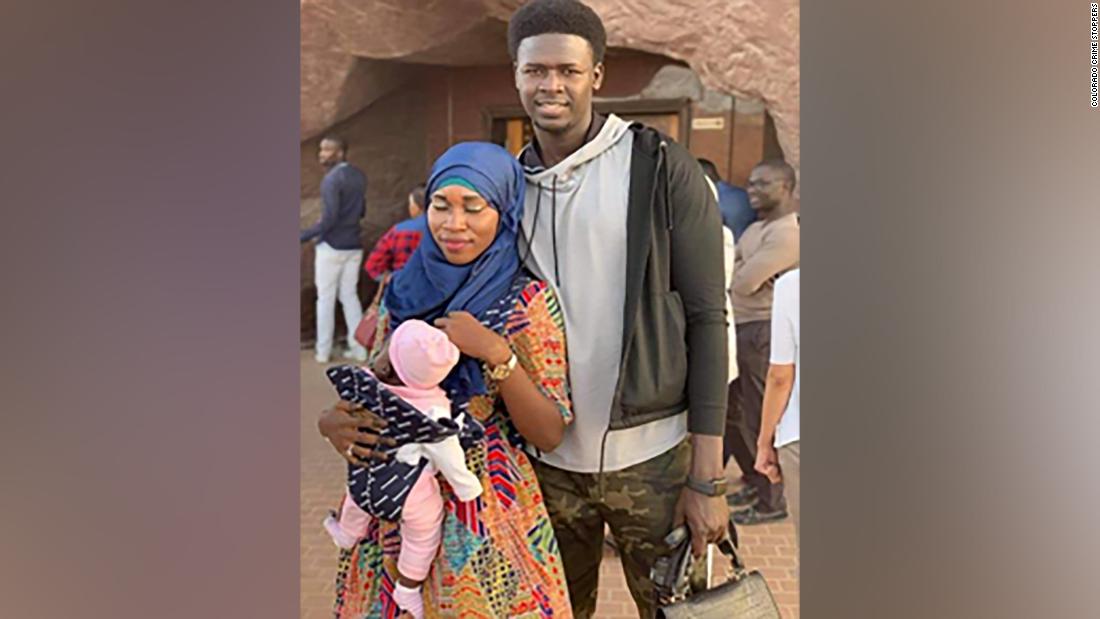 The blaze in the two-story home started about 2:30 a.m. Wednesday. Authorities determined early on that it was intentionally set and started a homicide investigation, said Joe Montoya, division chief investigations at the Denver Police Department.

The victims were members of one Senegalese family. Djibril and Adja Diol and their 3-year-old daughter, Kadidia, died along with Hassan Diol and her infant daughter, Hawa Beye. Djibril Diol was an engineer and the brother of Hassan Diol.

“They were very quiet. They never really came out of their house. The only time they came out they were just really quiet. They never had any problems. They were just very honest, true neighbors,” neighbor Jordan Sims told CNN affiliate KDVR.
All five were in the lower part of the home while three people on the second story jumped to safety, CNN affiliate KMGH reported. The flames damaged two neighboring homes.

Capt. Greg Pixely with the Denver Fire Department said a police officer attempted to rescue people from the home but was pushed back due to the heat from the fire, KMGH reported.

Investigators are reviewing several cameras in the area for evidence.

“We have to go into it very open-minded and look at every possible angle. And if at some point we determine it was hate-motivated or bias-motivated, then we will definitely share that with the community,” Montoya said.

Asked what made the police think the fire was deliberate, Montoya said, “I cannot get into the details right now. We are relying on the expertise of the Denver Fire arson investigators, the ATF and some of the evidence collected at the scene.”

The Colorado chapter of the Council on American Islamic Relations has urged investigators to consider the possibility of bias motive.

“Because the family members who perished in this tragedy are members of minority and immigrant communities, it would only be prudent to investigate the possibility of a bias motive,” said Krista Cole, acting board chair for CAIR-Colorado.

Denver Mayor Michael Hancock expressed his condolences to the victims’ families as did Macky Sall, the president of the West African nation of Senegal, who said he’s closely following the investigation.
Hancock urged people to donate to the family’s GoFundMe account to help send their remains to Senegal.

“I want to assure their neighbors and loved ones that we will move swiftly to determine what caused this tragedy,” he said.

Metro Denver Crime Stoppers is offering a reward of $14,000 for information on the fire.