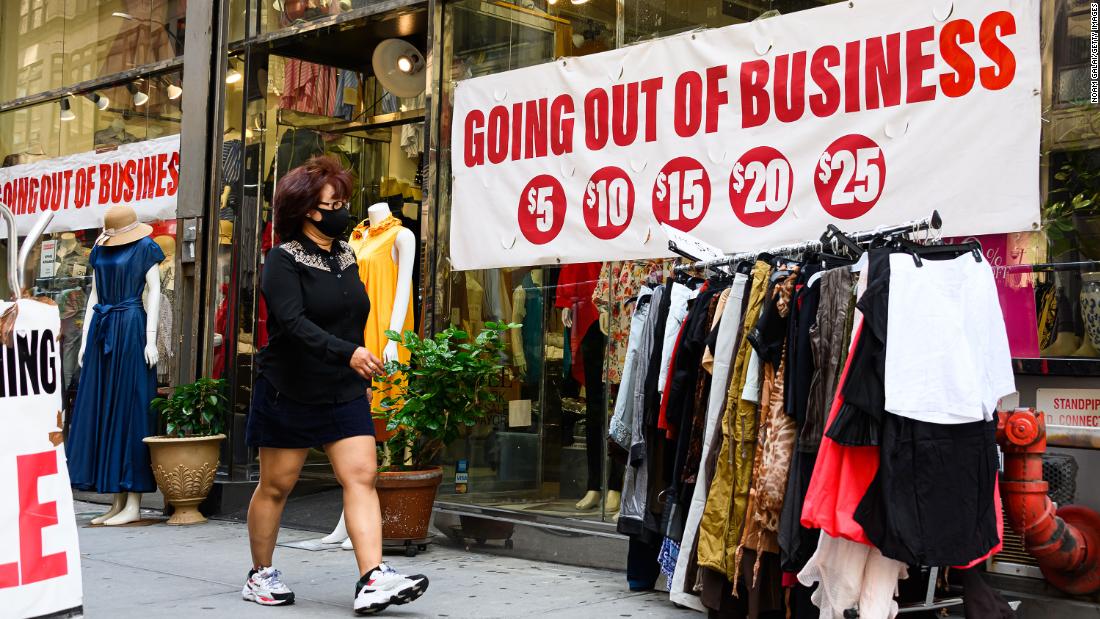 There are now 4.5 million such people looking for work. That includes 742,000 who have had temporary jobs come to an end, and 3.8 million who have lost permanent jobs. The number of permanent job losers among the unemployed has more than doubled in the last six months, the fastest pace of increase on record.

But that money ran out after eight weeks, and she was laid off again. Her employer told her they planned to bring her back at the start of Septmeber, but two weeks before, she found out her job was gone for good.

“I absolutely thought I was going back to work September 1,” she said. For Lorincz, like millions of others, a temporary layoff became permanent. She’s not hopeful about finding anything new anytime soon.

“It’s been a devastating experience,” she said.

The good news for the labor market is millions of workers who were laid off have returned to work in the past five months, enough to lift the total number of US jobs every month since the spike of job losses that occurred in April.
But as Lorincz’s case shows, not all of those on temporary layoff can count on being called back to work. So the overall gain in jobs from the recall of workers on temporary layoff is masking a growing number of permanent job losses, causing lasting damage to job market.

The number of unemployed who have lost a permanent job, or had a temporary job has come to an end, has soared in the past seven months, from 1.9 million in February, to 4.5 million in September.

That means the percentage rise over a six-month period has been the fastest on record going back more than 50 years. The doubling of those permanent job losses in such a short time frame has never happened before, not even during the Great Recession.

And permanent job losses are poised to keep climbing.

American (AAL)and United Airline (UAL)cut 32,000 jobs on Thursday alone. Disney (DIS) has announced plans to permanently cut 28,000 workers who has been on temporary furlough before now at its US theme parks. JCPenney (JCP) plans to cut 15,000 jobs as its closes 149 stores ahead of the holiday shopping season as part of its plan to emerge from bankruptcy. On Sunday, Cineworld, the owner of Regal Cinemas, said it may have to close more than 500 US theaters indefinitely.

None of those permanent job losses are reflected in the most recent numbers from the Labor Department.

Lorincz, said she had been out of work before, when a startup she worked for went out of business. But she never been a scared about being able to find something new.

“I’m picking up odd jobs here and there, I’m Door Dashing, and doing everything to cover expenses,” she said. “I don’t know what I’d be doing if I was trying to support a family. I’m without insurance during a pandemic, which is terrifying.”

The number of unemployed who are out of work due to the end of temporary jobs has also been rising rapidly over the last seven months, increasing by nearly 100,000. Many of those workers were used to moving from one job to another and now haven’t been able to find the next job as normal.

Justin Doan, 29, has worked as a tour manager, production manager and audio engineer in the live music industry since finishing college. He’s made good money in the job he always dreamed of having. But he hasn’t worked at all since March 13, when the tour he was on abruptly shut down.

“Everything is halted. We didn’t realize at the time that it would be shut for this long,” he said. “The thought was we would reschedule in May. That never happened.”

Doan has been burning through his savings, and said he is now worried that live music won’t be returning until late next year. That might mean he has to change careers. But he said this is a very difficult time to think about such a huge shift.

“There are millions of people out there who are also unemployed,” he said. “Many may have more experience on paper than I have.”

Most of those who now permanently out of work have lost long-term jobs, many that they held for much of their career.

Juan Jose Martinez Camacho, 59, has been a cook for 30 years, since he was asked to fill in one day when he was working as a dishwasher in a restaurant.

He has worked as a cook at the Crowne Plaza in Redondo Beach, California, for 22 years. When he was laid off on March 23, he was thinking it would be only two or three months before things got back to normal. But late last month he was notified he had permanently lost the job, which paid $22 an hour. He has been looking for other cooking jobs without any luck.

“It hurts me to think that if things don’t get better I might have to do other types of work,” said Martinez-Camacho, a Mexican immigrant who spoke through a translator. “It’s what I love to do.”

Ann, a designer of luggage and backpacks, who asked to use a pseudonym because of the terms of her severance agreement, is also worried about not being able to find a new job in her field. Travel demand has cratered, which means few people are in need of luggage. And with millions of students shifting to remote learning, there’s a dearth in demand for backpacks.

She lost her job in August via a Zoom meeting.

Ann said she was also lost a job during the Great Recession, but she is far more worried this time.

“Honestly I don’t know what I’m going to do,” she said. “This is much scarier. In terms of looking for jobs — you can’t even meet with people face to face. It’s horrifying.”

Ann said she’s also nervous about losing a job this time because she’s 53, 11 years older than the last time she was out of work.

“It’s just a very competitive landscape,” she said. And while her husband is still working, “this is no longer a one-income economy. You have to have two incomes.”

How 700 Epidemiologists Are Living Now, and What They Think Is Next

A Jobs Report Without Silver Linings