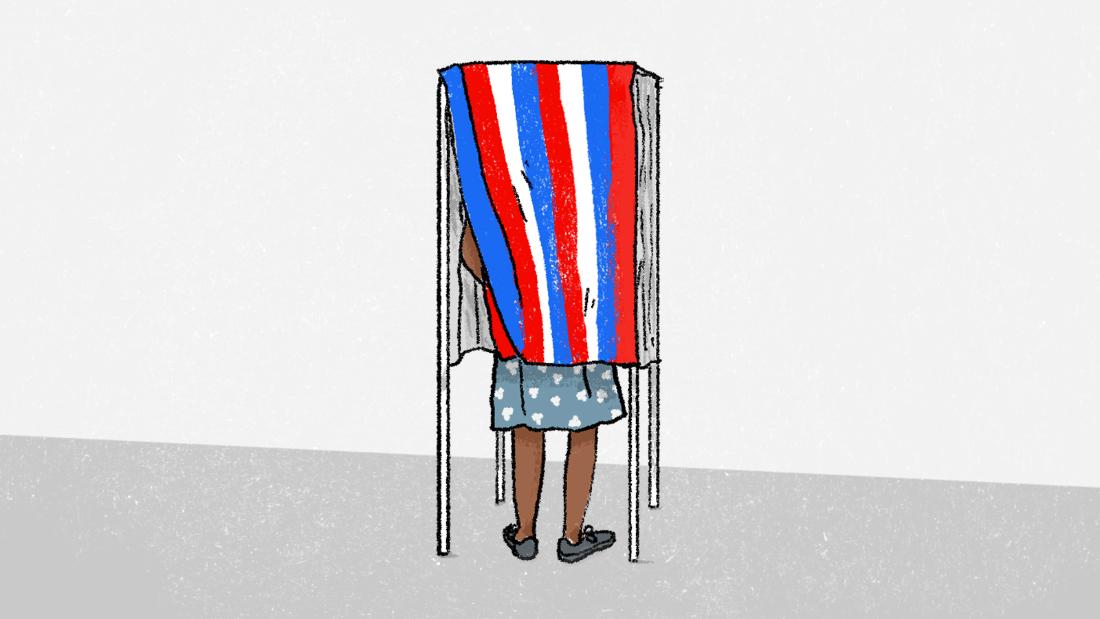 “Voting and participating in the democratic process are key. The vote is the most powerful nonviolent change agent you have in a democratic society. You must use it because it is not guaranteed. You can lose it,” the civil rights icon wrote in an piece for The New York Times, published posthumously last week.

The 14th and 15th Amendments established voting rights after the Civil War, but a series of laws put in place afterward, from literacy tests and poll taxes, suppressed the vote.

The Voting Rights Act, enforcing the 14th and 15th Amendments and combating voter suppression tactics, was signed into law on August 6, 1965. Since then, registration for Black voters has increased over the decades, hitting a record-high of 73% in the 2012 presidential election, according to Census data — the same year that Barack Obama, the nation’s first Black president, was running for reelection.

In 2012, for the first time, the gap between registered Black and White voters nearly closed entirely — briefly fulfilling one of the primary goals of the Voting Rights Act.

“The stakes are quite high,” Jalila Jefferson-Bullock, a former Louisiana state lawmaker and associate professor at Duquesne University School of Law in Pittsburgh told CNN. “Voting equals power. And once you are able to elect the candidates of your choice, that means you have to be given a seat at the political table.”

The registration gap has also become increasingly notable in a handful of battleground states that will be crucial to the outcome of this year’s election. Swing states like Arizona, Florida, Michigan and Pennsylvania have experienced some of the largest decreases in voter registration among Black and Hispanic voters between the 2014 and 2018 midterms. Census data shows that voter registration has increased for white voters in each of those six battlegrounds over the same period, however.

Pandemic has made registering voters that much harder

The registration declines since 2012 are particularly concerning for voting advocates because new voter registrations in 2020 and typical outreach ahead of a presidential election have been almost entirely disrupted by the pandemic.

A June report from the nonpartisan Center for Election Innovation and Research has shown sharp declines in new voter registrations compared to 2016, a sign that the pandemic is affecting another cornerstone of American life.

The typical ways that voters have registered in the past have become nearly non-existent amid the pandemic. Ahead of the 2016 election, Census data shows that a majority of voters registered in person through a government office, such as their local Department of Motor Vehicles, or through another community venue, such as a school or hospital.

The continuing spread of Covid-19 has limited access to those government and public offices, some of which have closed altogether. Voter drives, door-knocking and other methods of in-person registration are also much more difficult, if not impossible, this election cycle.

The decline in registration this year has led many celebrities and voting rights groups to push in the last 100 days before November, most notably former first lady Michelle Obama. When We All Vote, a nonpartisan organization committed to voter registration that Obama co-chairs, implemented digital voter registration techniques in the spring to use ahead of November. On Thursday, the group launched its voter resources hub, which includes tools such as registering to vote, checking one’s voter registration status and pledging to vote. In the coming weeks, the group also plans to include ways to request a mail-in ballot, research candidates on a voter’s ballot and locate polling places.

“The anniversary of the Voting Rights Act reminds us that even though we are grappling with the coronavirus pandemic, police brutality, and racial injustice, we are reminded of the sacrifices of people like John Lewis and his peers, and encouraged to stay in the fight to help every eligible voter get registered and ready to vote,” said Stephanie Young, the group’s chief officer of culture, communications and media partnerships.

Lebron James, alongside other Black athletes and entertainers, launched a similar organization in June called “More Than A Vote.”
“We were on track to hit our goal of 51,000 (in Florida) before the election but unfortunately the pandemic changed our plans,” Esteban Garces, co-executive director of Poder Latinx, told CNN. “Since then we have completely pivoted to a voter engagement program by way of phones … we know that folks are less inclined to open the door and have a conversation.”

Garces said that registering is not only about engaging the voters but capitalizing on political power for historically marginalized voting blocs.

“(W)e hope that we are building political capital while we are also doing this work so that on the day after the election, we’ve engaged the community, we’ve informed the community and they want to see these changes happen,” Garces said.

Registration is a key first step

Every state but North Dakota requires that an eligible citizen be registered in order to vote, according to the National Conference of State Legislatures.
As of June 2019, 21 states plus the District of Columbia have enacted same-day voter registration, while 27 require voters to register by a given deadline prior to Election Day, according to NCSL. New Mexico has passed legislation for same-day registration but will implement it over the course of a couple of years. North Carolina will have same-day registration for a portion of the early voting period, but not on Election Day, according to NCSL.

Voter registration is the starting point for many voters to weigh in on policies that affect their local communities. LaTosha Brown, a co-founder of Black Voters Matter, said that while registration is the first step, ultimately it is about empowering voters to feel they have a voice in the democratic process.

“Voter registration opens up a pathway for us to demonstrate our agency and also for us to influence and leverage our power. To shift the process so that we are reducing harm that is happening in our community, that we are shaping public policy that impacts our community and that we are putting people in office so we can have a more reflective democracy,” Brown said.

“It can’t just be the act of registering, it has to be a part of the pathway of people feeling a sense of their own power,” Brown said.