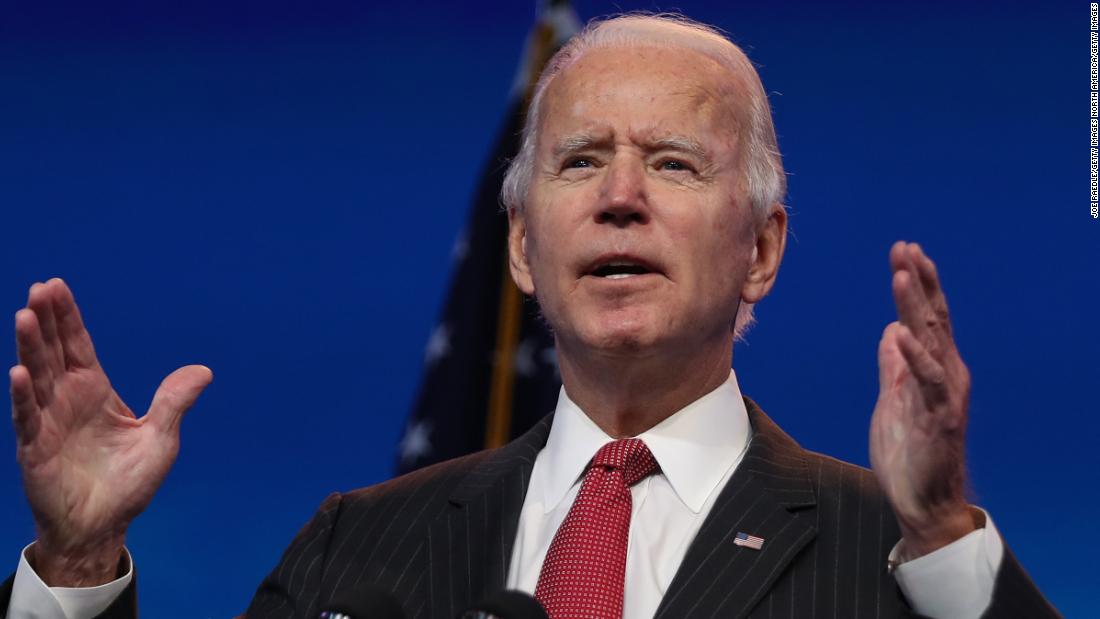 As President Donald Trump’s attempt to overturn the election falls flat, Biden and his team are moving forward and beginning to give Americans closer insight into how he plans to govern.

Here’s what we’ve learned after the first burst of Biden nominations and hires.

No Democratic governors are making flight plans for Washington, DC, and Democratic senators appear — whether they and their allies like it or not — to be locked in to their current positions for now.

As the first round of nominations come in, it’s clear that Biden is choosing people who are, indisputably, experts in their fields over bigger names in Democratic politics.

Some of that is a practical matter.

Democrats didn’t do well down-ballot on Election Day and there is little appetite within the party to risk its hold on power, even in blue states or districts, on any powerful office. The special elections that followed the departure of some Republican lawmakers for the Trump administration turned into expensive political proxy wars that inflamed partisan passions — something that Biden, in trying restore some kind of normalcy, is keen to avoid.

There will very little on-the-job-training needed for senior members of Biden’s White House. The same goes for his nominees to run massive bureaucracies like the State Department and the Department of Homeland Security.

Biden’s nominees to lead the State Department, Antony Blinken, and the Department of Homeland Security, Alejandro Mayorkas, are not household names, but they both have extensive experience at the agencies they will be tasked with running.

Diversity is a priority

Announcements and reports of these historic impending nominations came in the space of a few hours on Monday, as Biden announced that Cuban-born Mayorkas would head DHS and Avril Haines was Biden’s pick to be the next director of national intelligence. Janet Yellen is poised to break the mold for a second time. The first woman to chair the Federal Reserve, she will, if confirmed, bear the same distinction as Treasury secretary.

Biden during the campaign promised that his administration would “look like America.” That process has begun — and is evident in the composition of his transition team.

Nearly half of it is made up of people of color and there are more women than men in its ranks, according to data provided to CNN.

The picks are a fundamental rejection of Trumpism

Bringing in former Secretary of State John Kerry as his special presidential envoy on climate — and giving that position a seat on the National Security Council — is a marked departure from climate change-denying Trump, who has called global warming a hoax and pulled the US out of the Paris climate accord.

The simple act of hiring people qualified for their jobs is in itself a rejection of the Trump model, which installed donors, right-wing ideologues and inexperienced allies into positions of power, in some instances for the express purpose of undermining the institutions they were meant to lead.

Where Trump once sought to nominate Heather Nauert, a former Fox News anchor who spent a couple of years as a State Department spokesperson, to be his ambassador to the United Nations, Biden on Monday chose Linda Thomas-Greenfield, a respected veteran diplomat who most recently served as assistant secretary for the Bureau of African Affairs, as his choice.

Biden teased the announcement of his choice to run the Treasury Department last week with an unusually knowing promise.

“It’s someone who will be accepted by all elements of the Democratic Party,” he said, “from the progressive to the moderate coalitions.”

The President-elect has, from the end of the primary all through the general election campaign, sought to tamp down the ideological divide in the Democratic Party by publicly and privately offering progressives a seat at the table. Biden has continued on that path during the transition.

Still, he has carved out important roles for his trusted group of moderate aides and longtime advisers. That loyal inner circle will be front and center in the Oval Office.

Some of his picks have been more popular with the left than others, but he has so far steered clear of the most divisive names. Jake Sullivan, tapped on Monday to be his national security adviser, is hardly a leftist. But his work over the last four years to engage progressive ideas — along with his participation in a soul-searching project at the Carnegie Endowment for International Peace — has won over some would-be skeptics.

In a continuation of sorts from the campaign, the Biden team is stealing oxygen from Trump by sticking to their own script — and making their own headlines.

For now, that means steadily rolling out picks for top administration jobs.

It has been less than two weeks since Ron Klain was named White House chief of staff. Since then, much of the senior West Wing staff has been announced and, with Monday’s flurry, Biden’s foreign policy and national security shops are filling up.

The speed of the process, which began before the election, has sent a clear message to Americans and those watching from overseas: there’s a new government coming and it’s going to be prepared on Day One.