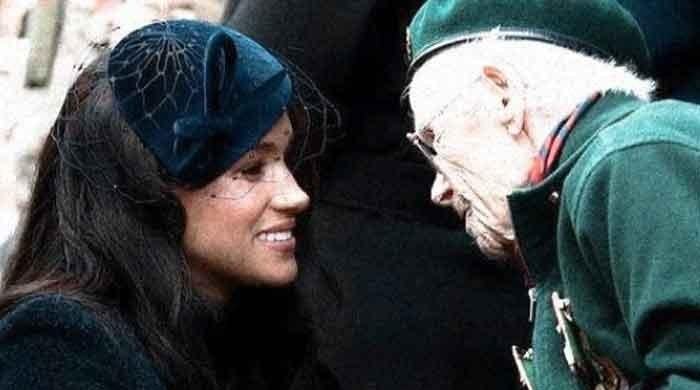 Meghan Markle and Prince Harry are under fire after the royal couple asked American voters to reject hate speech ahead of US presidential election.

Trump supporters and the couple’s critics in the UK have called their statement an interference  in the political matters of another country.

Social media trolls went on to launch personal attacks on the Duchess of Sussex  and accused her of using Prince Harry to  become “what she always wanted to be”.

But fans of Meghan Markle have also come forward with messages of support and love for the former actress.

A Twitter fan shared  multiple pictures of Meghan to argue that the Duchess is  a compassionate person, rejecting the claims that she is self-centered.

The user shared a thread of throwback pictures in which Meghan is seen meeting with children on multiple occasions.