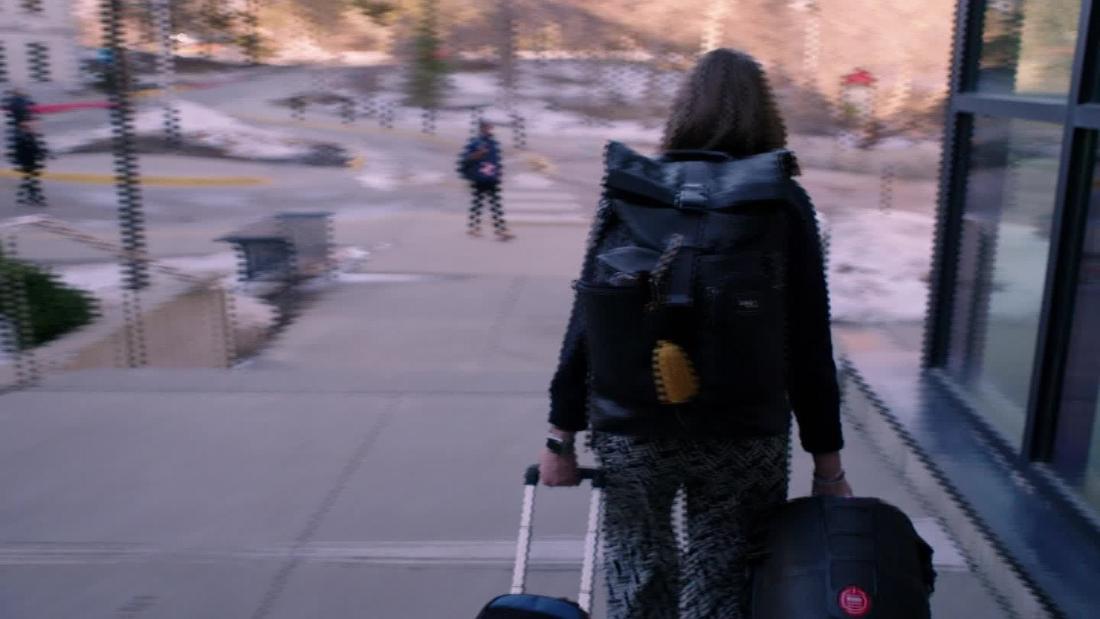 But what you don’t get to witness is the work that’s happening behind the scenes. For every flawless live shot from Iowa, there’s a producer hanging out of a barn window in a desperate attempt to get a WiFi signal mere moments before going on air.

And that calm voiceover heard during the primetime news? That’s all thanks to the thick winter coat doubling as a makeshift recording studio in the middle of the world’s busiest airport — because story deadlines wait for no reporter’s flight schedule.

Those are just two of the memories CNN political correspondents have collected from their time on the road covering this year’s wildly unpredictable presidential campaign. While no one expected this election season to be a smooth ride, there was no way to predict just how intense it would become: From the chaotic caucus results out of Iowa to the devastating spread of the Covid-19 pandemic.

Below, 10 of these political correspondents and embeds share the personal photos that they think best capture what it’s been like to document history in the making.

I was a moderator at CNN’s first debate of the 2020 election cycle and at the last one this spring. There is nothing quite like the rush and responsibility of being part of a debate at that level. The prep for the event is almost as much fun as actually doing it. We get to sit in a room with CNN’s whip smart team and think about the most important questions for candidates competing for the highest office in the land. What do we ask? How do we ask it? How do we elicit the best discussion about the candidates’ differing ideas so that voters can make the most informed decisions possible? The stakes are high and the privilege of participating in these debates is something I will never take for granted.

Campaign reporters went into 2020 bracing themselves for a year on the road, living out of hotels on fast food diets as we followed our candidate around the country. But just as we got into the height of the election cycle, we were forced to confront the new reality that is covering a presidential race during a pandemic — masks and all.

From my perch at the White House, this has been an extraordinary change. While I used to make several international trips a year, and several domestic ones per week, all travel has been brought to a halt while the demands of the job have only soared.

What’s been fascinating is seeing not only how different this undertaking is for us as reporters, but also for the President. I’ve had several White House officials vent to me that their boss is going stir crazy because he doesn’t have the outlet of the rallies that invigorated him for the last four years.

Above is a shot from one of our last trips on Air Force One for a rally — pre-Covid-19 — and post-Covid-19.

If you look at this photo, you’d think everything was calm as we prepared for a live shot from inside a barn in the middle of a Burlington, Iowa, field. But looks are indeed deceiving.

There was zero cell service and we couldn’t get a WiFi signal. Not great generally for reporting purposes, but especially bad when that’s how you transmit your signal for television. Just moments before with minutes to go before we were supposed to be live, the Biden embed, Sarah Mucha, had to pull off a window screen from the barn, climb through said window and drop our LiveU (responsible for transmitting our signal) down the side in hopes of getting a signal. It worked, thankfully. And we’re pretty sure we put that window back together correctly.

To say covering an election is a chaotic experience is an understatement. On a daily basis, I juggled covering multiple campaign events across several states, monitoring interviews, helping my correspondents and producers with what they needed from me, as well as having to find time to eat and sleep. I’d never felt more exhausted in my entire life.

But the experience made me a much better reporter and person and taught me so much about national politics and elections. It was the experience of a lifetime. Looking back, do I wish that I didn’t have to carry 70 pounds of gear on a daily basis? Yes. But would I change anything about my experience? Absolutely not. This photo was taken by superstar former embed Cassie Spodak, who mentored me throughout the entire process and was a friend when I needed her most.

The thrill of this job was like nothing I’ve ever experienced. Sometimes you had to race to the front of a crowd after your candidate gave a speech to get a comment on breaking news, like was the case in this photo. Sometimes you had to pull off the side of the road and write a story on your phone because you knew as soon as you drove out of that small town in Iowa, you’d lose service. Sometimes you’d forget where you were because you had already been to two states and time zones that day. Sometimes something with your camera would break and you’d feel like nothing is going right and think about giving up. But always, this job gave me memories, and friendships, and experiences that I wouldn’t trade for the world. I’m a better person and reporter for being an embed.

You can’t see my face, but that’s me under my winter coat at Atlanta International Airport.

I’m speaking into my microphone, recording the audio for a television story that’s scheduled to air in a few hours. The coat is to prevent my microphone from picking up the audio of the airport terminal.

I wrote my story on the flight from Los Angeles to Atlanta, my layover to a final destination to Columbia, South Carolina, for a Kamala Harris campaign event. I needed to get that audio to my editor in DC so the story could be edited by the time I landed in Columbia.

My producer snapped that photo of me, amused by the lengths we go to in order to make deadline.

This is one moment in hundreds of moments on the campaign trail, where I’ve crawled under legs to get the audio of the candidate or frozen in the snow to tell the election story of the day.

I often think back on this night in early March as one of the final days in the 2020 campaign when I was still blissfully unaware of what was about to come with the coronavirus pandemic.

It was Super Tuesday, and my colleague and friend Linh Tran and I were covering Michael Bloomberg’s election night event in West Palm Beach, Florida. After being live from inside of a convention center ballroom all night, Linh and I were kicked out of the venue shortly before midnight.

The control room had not cleared us yet, we had not eaten a proper meal since the morning and were utterly exhausted, so Linh and I decided to make ourselves extra comfortable on the sidewalk as we waited for our giant order of Domino’s to arrive.

We would only get a few hours of sleep that night because we were booked on a 7 a.m. flight to Boston the next day to cover the final days of Elizabeth Warren’s campaign. Even when the senator dropped out of the race two days later, I had no idea that that trip from West Palm Beach to Boston would be my final plane ride for months to come.

Being on the campaign trail is a tale of constantly figuring out where you have to drive to next and when you can squeeze in a second to grab a bite to eat. This photo was taken in Iowa on one of my last trips there this cycle on a day in which I was following Pete Buttigieg to four stops in a single day. The campaign trail is fun and exciting, but it can be very much NOT glamorous and involves a lot of eating in cars!

This photo was taken on March 25, 2020 — two weeks after the coronavirus pandemic brought traditional campaigning to a halt. I’ve questioned Joe Biden countless times over the years — at the Delaware Amtrak station bearing his name hours after he announced his third presidential run; running along a Fourth of July parade route in Independence, Iowa; and on Air Force Two as an embed in 2012. But never did I imagine asking Biden questions over Zoom while he was stationed in his basement in Wilmington and his press corps was scattered around the country amid a global health crisis.

One of the thrilling parts of the campaign trail is that it’s always changing. It’s a challenging life with constant hurdles to overcome — personally and professionally. After all the twists and turns of the primary season, none of us predicted we’d be covering a campaign mostly from afar — without the rallies or face-to-face conversations with candidates, voters and staffers. But just as people across the country are grappling with the changes brought on by Covid-19, we too have adapted to tell the story of this election — Zooms and all.

A sizeable part of the campaign trail looks like this picture. The result of waiting and picking the perfect moment to move, angling so you and your camera have the best shot of the candidate and are in the best position to ask the pressing questions of the day.

Covering a campaign as an embed is many things. It is hopping on multiple planes a day, waking up not knowing where you are for five seconds, transporting your 60+ lbs. of equipment from town to town, running after voters at the end of rallies with said gear on your back so you can for soundbites and watching the same speech so many times you catch yourself reciting along with a candidate because it’s nearly memorized.

But it is also keeping your cool amidst the ever-revolving chaos when you chase a breaking story and managing the adrenaline coursing through your veins as you prepare to ask the hard questions of your candidate. Day after day after day.

CNN Films’ “On the Trail: Inside the 2020 Primaries,” is available now on HBO Max.